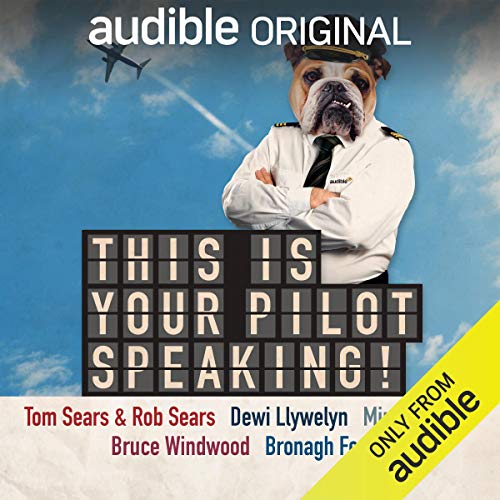 This Is Your Pilot Speaking!

This Is Your Pilot Speaking! brings some of the most original, controversial and downright funny new talents in British comedy writing together with leading comic voices, including Mitch Benn, Kevin Eldon, Hugh Dennis and Jon Holmes.

The pilots featured are:

What listeners say about This Is Your Pilot Speaking!

Bought this after it came up as a recommendation after listening to Slaving Away. Found it very boring and not even particularly funny, apart from the Slaving Away chapter (which I've already listened to) which was such a shane

This show was a series of pilots, three were hysterically funny, two are just silly predictable woman-jokes. A mixed bag.

I mean really! Nothing was off limits in this hilarious piece. Narrators were all top notch!

A good mix of styles.

Overall, really great. If you think you've heard some of these, you haven't heard this version! A few stories are below bizarre!

Maybe you need to be British?

The majority of the humor was beyond me. Then, I’m not English. I’m from the U..S.