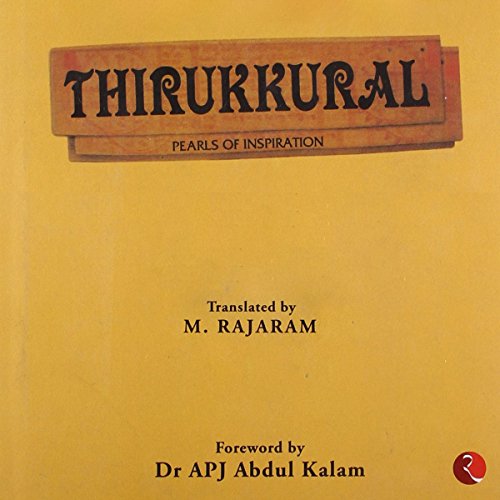 Written by Thiruvalluvar in Tamil 10,000 years ago, Thirukkural and its Pearls of Wisdom is as relevant today as it was when written. Hence, it is known as a book for all ages. The Thirukkural is a classic Tamil sangam literature consisting of 1,330 couplets or Kurals. The Tirukku is one of the most important works in the Tamil language. This is reflected in some of the other names by which the text known, such as Tami Ma ai (Tamil Veda), Poyy mo i (words that never fail) and Daiva n i (divine text). The work is dated to sometime between the third and first centuries BCE and is considered to precede Manimekalai and Silappatikaram, since they both acknowledge the Kural text.

Missing some kurrals and the explanation is sometimes the same as the English translation. The book itself is very good and a must read.