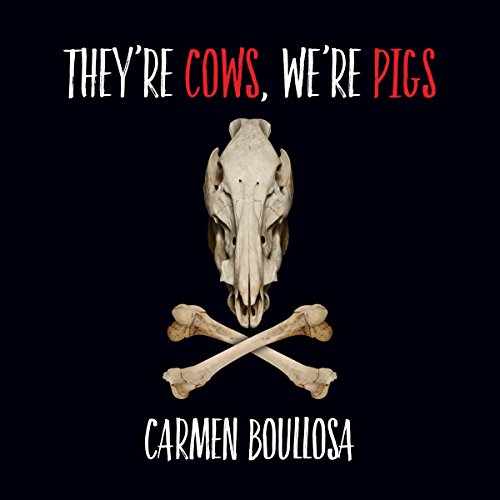 The emerging societies of the Caribbean in the 17th century were a riotous assembly of pirates, aristocrats, revolutionaries, and rogues - outcasts and fortune seekers all. In They're Cows, We're Pigs, acclaimed Mexican novelist Carmen Boullosa animates this world of bloody chaos and uncertain possibility through the eyes of the young Jean Smeeks, kidnapped in Flanders at age 13 and sold into indentured servitude on Tortuga, the mythical Treasure Island. Trained in the magic of medicine by le Negre Miel, an African slave healer, and Pineau, a French-born surgeon, Smeeks signs on as a medical officer with the pirate band the Brethren of the Coast.

Transformed by the looting and violence of pirate life, Smeeks finds himself both healer and despoiler, servant and mercenary, suspended between the worlds of the law-abiding, tradition-bound "cows" and the freely roaming and raiding "pigs".

What listeners say about They're Cows, We're Pigs