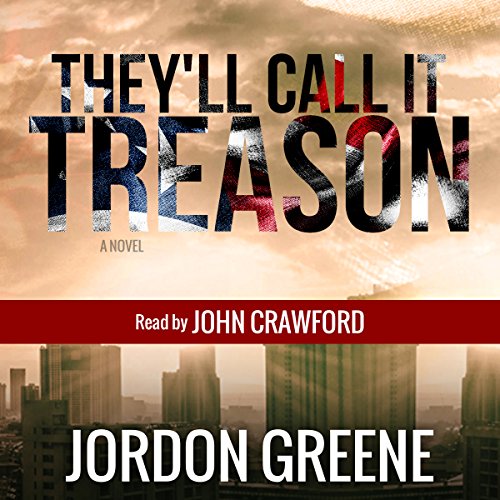 A journalist's body is found abandoned in a Washington alleyway.

A state representative is brutally murdered in Raleigh.

A Virginia Congressman's life is threatened by a radical militia group.

When one crucial moment turns FBI Agent Ethan Shaw into a fugitive, he finds himself on the run, fighting back against the country he swore to protect. Framed for a crime he did not commit, Ethan will risk everything to prove his innocence and protect the ones he loves - but the truth he will uncover poses a far deeper threat.

They took everything from him: his partner, his career, his freedom.

How far would you go to get it all back?

I thoroughly enjoyed the action-packed adventure into the life of Ethan Shaw and his friends. I eagerly awaited the next time I could listen to this great story while the novel unfolded. Jordon Greene kept me on the edge of my seat as the setting of the story changed from Virginia to Georgia to North Carolina to Washington, DC. Mr. Greene's knowledge of North Carolina and politics was demonstrated as I listened. The fight scenes were very well written causing me to take part in the action. I look forward to the next book from Jordon Greene in this genre.