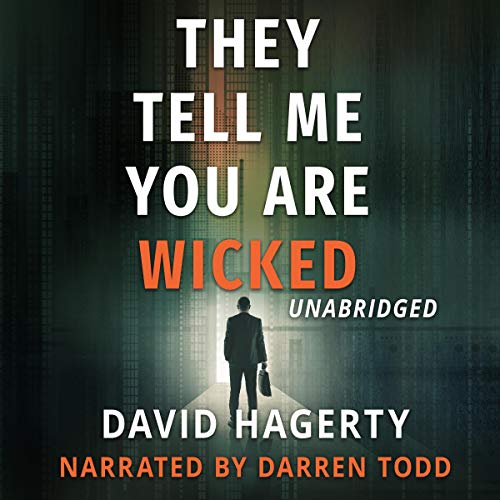 They Tell Me You Are Wicked

By: David Hagerty
Narrated by: Darren Todd
Try for £0.00

Duncan Cochrane is set on being the next governor of Illinois until his daughter is murdered six weeks before the election. Then the candidate can only focus on finding her killer.

As the police investigation follows a trio of unlikely leads, Duncan realizes that his best shot at justice is the bully pulpit of the campaign trail, so he returns to the race and makes crime-fighting his mantra.

Soon he discovers that his own ambitions may have caused her death, yet by then he knows that he must win the election or risk political and personal failure. They Tell Me You Are Wicked is the first in a trio of novels detailing Duncan's rise to prominence and the personal cost of his public ambitions.

What listeners say about They Tell Me You Are Wicked

Good narration that is defeated by average story

Give it some more juice. I didn't care about any of the characters and I wanted to.

What was most disappointing about David Hagerty’s story?

Lack of character development. Good job on describing little nuances but almost too many of them. Seems whenever I would lose interest (I had to battle to stay focused enough to continue with the story) I would hear about some over-the-top description of some type of off-cuff action. Made me roll my eyes and press on.

I didn't really have a favorite scene. I kept waiting for one with no pay-off.

Was They Tell Me You Are Wicked worth the listening time?

I don't think it was. Darren Todd did a good job of narrating. He even got better as the story went on. Unfortunately, the story didn't progress as he did.