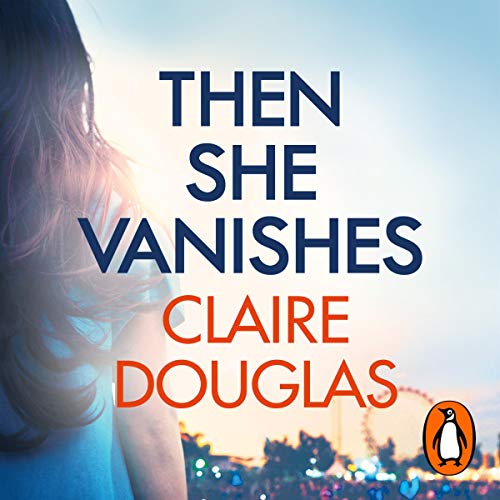 That summer, the three girls had the world at their feet. Now, one is missing.

On a summer's night in 1994, 16-year-old Flora Powell vanished from her sleepy seaside town. She left no trace - only heartache for her mother and her sister, Heather.

And one is a murderer.

So only one remains...

Jess is sent to report on the case that shocked the hometown she left behind. But it's anything but business to her. She was like a sister to the Powell girls, until the summer that tore them all apart.

Can Jess find the key to both their mysteries?

Or will her search reveal a darker side to the place she grew up - and put her in danger?

What listeners say about Then She Vanishes

I was enthralled by Claire Douglas' twisty turning thriller "Local Girl Missing" narrated wonderfully by Emilia Fox and delighted to have found a brilliant author whose carefully plotted and so well written murder mysteries I could enjoy.
I then tried her earlier book "The Sisters" but could not get into it but was excited to pre-order "Do Not Disturb" ... which I returned as was, for me, a giant disappointment as not only was it a big step back from "Local Girl Missing" but I would not have even guessed it was written by the same person at it seemed clunky, far fetched and just was not a book that I would even bother to get half way through.
How delighted I was though when I took another chance on Claire Douglas with "Then She Vanishes" as this is the same top quality writing, effortless storytelling, superbly plotted myriad twists and turns edge of the seat thriller as I adored in "Local Girl Missing". I loved every minute. The narration was excellent too and it was all so flawlessly thought out and polished and kept you guessing from one moment to the next. The characters were all very complex and interesting and it was a really rich and layered story which it was easy to become totally immersed in. Just brilliant writing with an intricate and mysterious puzzle told with great talent and and I am so hoping that this return to form will yield many more fabulous reads to come. Highly recommended.

well written, kept me guessing all through.
Will certainly look for more books by this author.

long and drawn out

The story is ok but the overall book is long winded, I often forgot that I was actually listening to a book as it seemed to be rolling along in the background. Definitely couldn't be described as a gripping story. Start at chapter 49 and go from there

Fabulous characters, you really care about. The storyline keeps you guessing. I loved it, it is gripping.

The narrator of this book has a nice attractive voice and reads smoothly , just the smallest of changes when reading different characters. The book itself has been well written and is entertaining till the end. VERY easy listening.

I really enjoyed this book, it went between characters and the past and present day really well without being confusing. The "mystery" was pretty easy to guess but I still really loved listening to this. I definitely recommend it.

Fabulous narrators - gripping story with twists and turns throughout - listened to it at every opportunity!

I really enjoyed this book. The plot was good with a pleasant little twist at the end. Good narrator too which makes all the difference.

I loved this. Outstanding storytelling throughout. This left me flawed many times. Really fantastic book

Best book I have listened to in years

This is the best book I have listened to in years, the twists, the story, it is extreamly well written, the narrator is amazing.