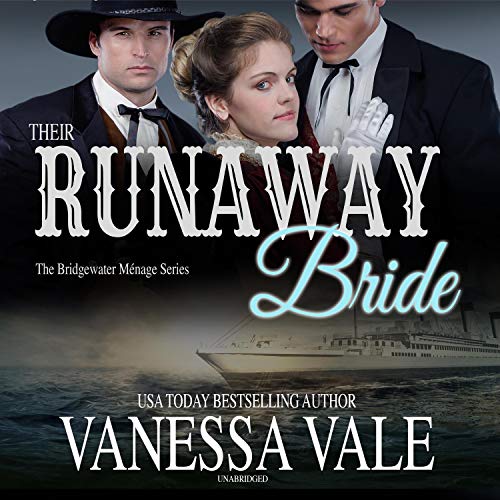 Their Runaway Bride: A Prequel

Returning from Europe, Ann learns she is to marry a man of her father’s choosing once they arrive in New York. Refusing, she runs away, although she can’t go far on a steam ship. Only as far as the stateroom of a very handsome soldier.

There’s only one guaranteed way to save a woman from a bad marriage, and that’s to marry her himself. Ann is surprised Robert will go to such lengths to protect her, but stunned when she won’t just be marrying him, but his fellow soldier, Andrew, as well.

What listeners say about Their Runaway Bride: A Prequel