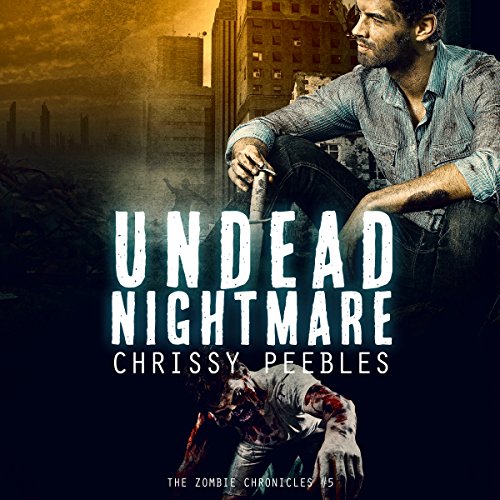 By: Chrissy Peebles
Narrated by: Mikael Naramore
Try for £0.00

My name is Dean Walters and I'm eighteen-years-old. We had saved Val, Jackie, and Claire with the precious vials in our possession, but they weren't 100 percent effective. Those who had taken the serum, the so-called miracle cure for zombie-itis, were easy enough to spot, since they had glowing green eyes and were suddenly equipped with night vision that would have made the average bat jealous, but that was only one side effect. Much to our dismay, the other side effect wasn't quite so tolerable. Some cured people turned back into zombies but retained control of their reasoning, logical minds, virtually turning them into cannibals capable of thinking, calculating, stalking, and killing their victims. We'd decided to call them hybrids, and I feared that my sister, my girlfriend, and my potential future cousin-in-law were about to morph into just that. Is it only a matter of time? Does that happen to everyone who takes the serum, or are some immune to that side effect? Our only hope for answers was to go to the lab, and I hoped the answers we'd finally get would be honest-and good news.

What listeners say about The Zombie Chronicles

good but let down by ridiculous language

that fricking zombie bit me, god darn it,what the heck am I gonna do.
so off putting

I really enjoyed the growing horror and suspence in the fifth instalment, with shocking new developments, and betrayal! Val, Dean & Nick continue to look for answers and safety, and the danger increases. I'm desperate to start book 6 to see whats next for the siblings. I received this book in exchange for my honest review.

I really enjoyed the level of fear and awfulness of this book. Zombies are seething I turn to, when I get sapped out by all of the romance that I read. There is SOME romance in the Zombie Chronicles, but nothing sappy!
So, book 5, how to describe it without spoilers... Suffice it to say, the levels of terror this gang has suffered this far? Kindergarten, compared to this. Seriously, these people are super heroes to overcome so much adversity and survive! The voice actor did another STELLAR job with this one, conveying all of the tension the characters felt, in his signature voices! Love, love, love this series!!! Now, I wait for my kiddo to catch up, and we can start the next one. Awesome!

Great zombie story! Loving this series but would work well as a stand alone also. Hope this series continues!