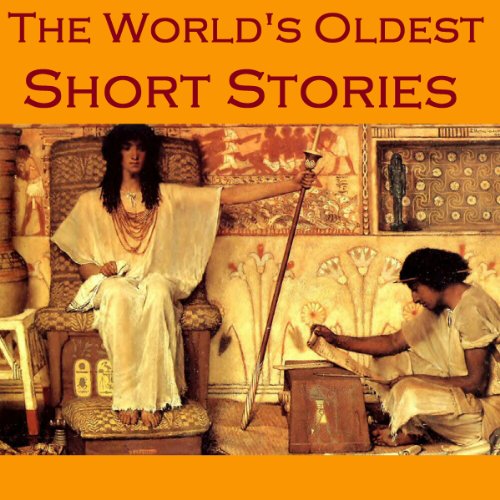 By: Herodotus,Theocritus,Petronius,Apuleius
Narrated by: Cathy Dobson

Many stories have stood the test of time, but this selection have entranced audiences for thousands of years and remain as fresh today as they were when first told. A fascinating collection which gives vivid insights into lives in ancient times and the issues that occupied the people of the day.

Includes tales of ancient Egypt, written to discourage militant women from reviving the old matriarchal system; enchanting stories of the Buddha that were later adapted by Aesop; old humorous stories of the Brahmans; stories from the Greeks in Asia Minor, including the wonderful sketch "The Ladies of Syracuse", which gives a fresh, charming, and lively picture of life in Alexandria; plus the epic Cupid and Psyche by the excellent Latin writer Apuleius.

The material is excellent but the narrator is awful.

Why on earth is she narrating? This is one of the worst performances I've heard and I'm struggling to listen to it despite being really interested in the materlal

The spirit world is alive and the knowledge can be lifesaving. Psyche must find her cupid, the curses must be broken.

A nice collection of old stories. Well performed and entertaining. A good mix of greek, egyptian and other mythology

The narrator’s fake accent grated on me the entire time I listened. Book was ruined because of it.