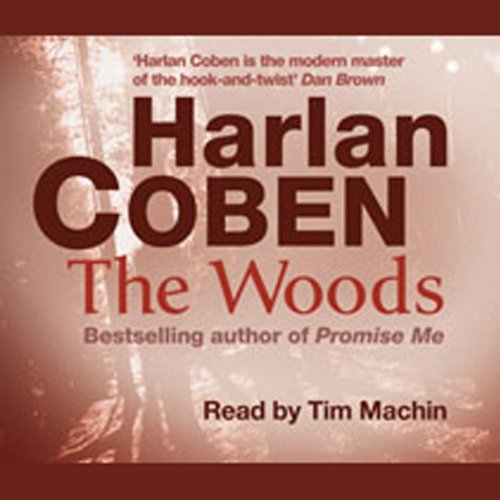 By: Harlan Coben
Narrated by: Tim Machin
Try for £0.00

Twenty years ago, four teenagers at summer camp walked into the woods at night. Two were found murdered, and the others were never seen again. Four families had their lives changed forever. Now, two decades later, they are about to change again.

For Paul Copeland, the county prosecutor of Essex, New Jersey, mourning the loss of his sister has only recently begun to subside. Cope, as he is known, is now dealing with raising his six-year-old daughter as a single father after his wife has died of cancer. Balancing family life and a rapidly ascending career as a prosecutor distracts him from his past traumas, but only for so long. When a homicide victim is found with evidence linking him to Cope, the well-buried secrets of the prosecutor's family are threatened.

Is this homicide victim one of the campers who disappeared with his sister? Could his sister be alive? Cope has to confront so much he left behind that summer 20 years ago: his first love, Lucy; his mother, who abandoned the family; and the secrets that his Russian parents might have been hiding even from their own children. Cope must decide what is better left hidden in the dark and what truths can be brought to the light.

"One of Coben's best, and a necessary purchase." ( Library Journal)

What listeners say about The Woods

Writng this a while after listening

Good solid thriller with elements which draw you in and keep you listening to see what happens.

This, though a bit confusing in the beginning, has the Coban usual way in drawing you in. Unlike many writers where a confusing start turns me off, Coban has always managed to make me want to read more. Though i wouldn't say this is the best I ever read from him, I sill love all his books. The narrator is fabulous and is great in doing the voices of different characters. In some places the book make me laugh out loud, in some, made me sit puzzled and attempting to solve the mystery, but alway, always kept me at the edge of my chair.