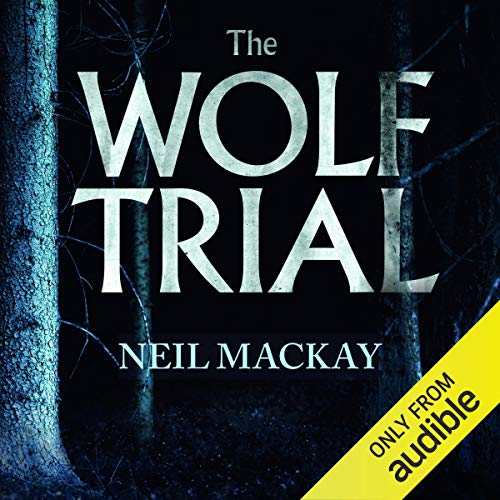 By: Neil Mackay
Narrated by: Toby Longworth
Try for £0.00

Umberto Eco's The Name of the Rose meets Bret Easton Ellis's American Psycho. This brilliant historical epic is inspired by the true story of a man whose crimes were so great he was thought to be a werewolf.

In 1563 Paulus Melchior, lawyer, academic and enlightened rationalist, travels with his young assistant Willy Lessinger to the isolated German town of Bideburg where local landowner, Peter Stumpf, is accused of brutally murdering dozens of people. A society still trapped in a medieval mind set, the townsfolk clamour for the killer to be tried as a werewolf. If their demands are met his blameless wife and children will also be executed in the most barbaric way imaginable as agents of Satan and creatures contaminated by wolf blood.

Paulus and Willy must fight superstition, the cruelty of those who fear what they don't understand, and a zealous church determined to retain its grip on the souls of Bideburg, in this compelling, utterly unforgettable, shocking tour de force.

Neil Mackay is a multi-award winning investigative journalist, newspaper executive, nonfiction author, radio broadcaster and film-maker. His last film, an investigation into the rise of the far right in Europe and America, was nominated for a BAFTA. His book, The War on Truth, which investigated the roots of the invasion of Iraq, was published in the UK and USA. He has written for the Sunday Herald, The Observer, Scotland on Sunday, Ireland's Sunday Tribune, Australia's The Age and most newspapers in Northern Ireland. His first novel, All the Little Guns Went Bang, Bang, Bang was published to great acclaim in 2013.

What listeners say about The Wolf Trial

Really did not like the story or the performance of the narrator. The way the narrator acts out some of the main characters voices is really irritating and unfortunately it takes up a huge part of the book. the idea for the story sounded interesting but took a really long time to get to the point.

I never usually feel like giving up on a book but I found this more like chore and not something that was entertaining. Also I wouldn't say this book is for the faint of heart, expect gruesome and depressing content.

This book sounded really interesting when I bought it. I enjoy historic novels, but this is so boring. I kept waiting for it to begin but it is too long winded and it couldn't keep my attention. Too much silly detail. The narrators monotone made me feel irritated. I didn't want to give it one star.

Yes, reminiscent of Name of the Rose, but original in its own right. Literary. Troubling in its unflinching historical accuracy (or at least, highly persuasive) of the time of the Inquisition. Beautifully written and narrated. A brooding psychological thriller. I could not put it down despite some tough spots, but I like to imagine what prior times were like.

Not for readers who want quick and frequent action. If you are squeamish I would recommend the written version instead, as the narrator's brilliant performance heightened every nuance. Well worth the time and credit. Under-valued in my opinion.