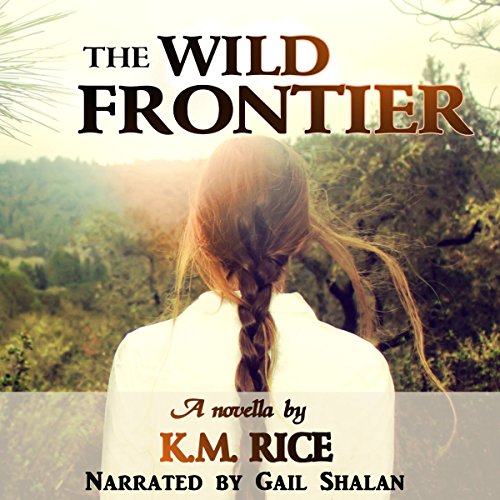 In the early 1800s, Lark and her brother set out to cross the North American continent to settle in the west. In the wilderness, she finally tastes the freedom her restless soul has thirsted for all her life. However, when she meets Charles, a half Crow who feels just as out of place in the world as she does, Lark begins to understand that her wanderlust isn't just a hunt for a new home - it's for someone who can love her independent spirit.

Read by Gail Shalan. Lark and Charles' story unfolds in poignant, often poetic prose that seeks to awaken the wildish nature in all of us.

K. M. Rice is a national award-winning screenwriter and author who has worked for both Magic Leap and Weta Workshop. Her first novel, Darkling, is a young adult dark fantasy that now has a companion novel titled The Watcher. Her upcoming Afterworld series is set to debut with the first book, Ophelia. Over the years, her love of storytelling has led to producing and geeking out in various webshows and short films. When not writing or filming, she can be found hiking in the woods, baking, running, and enjoying the company of the many animals on her family ranch in the Santa Cruz Mountains of California.

What listeners say about The Wild Frontier

Wow, what a wonderful story. Beautifully told by Gail Shalan, who, after my listening to 'Darkling', I can tell you is not just a gifted narrator, but a talented character actress. K.M Rice has a genius that opens worlds. I won't spoil the experience for you, but ah, the ending. That final image will be etched upon my mind forever. Superb!

I don't typically read Westerns, but don't let the Title fool you. This story is one that grabs you, and leaves you thinking, "I know how she feels". Bravo to K.M.Rice for another incredible story! Bravo to the narrator for a brilliant performance!