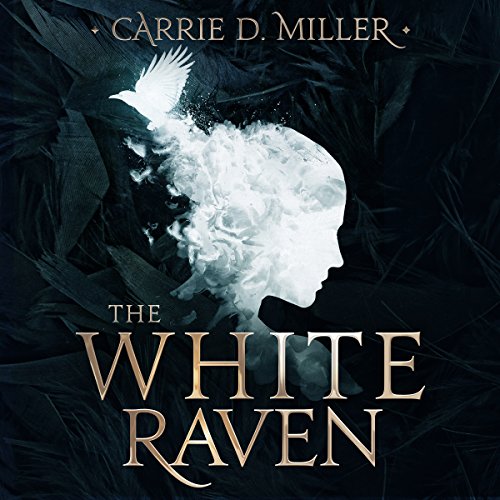 In her 13th life, Aven has settled into the now witchcraft-friendly Salem where she has found true happiness and friendship, maybe even love. Despite her contentment, the truth of Aven's existence haunts her. When she dies, her Spirit is forced from the Veil to live again in the body of a stranger.

Does the elusive white raven, who has shadowed Aven through each of her lives, hold the secret to her release - or is it the cause?

To make matters worse, an unrelenting, twisted evil lurks closely behind her. Sustained by his hatred of the witch, he won't give up until she's paid for what she did to him.

When the truth of Aven's connection to the white raven is revealed, it is more horrifying than she could ever have imagined.

Her freedom will come at a terrible price. And even then, will she truly be free?

Emotional and gripping, this captivating debut novel is filled with vivid imagery carrying you on a roller coaster journey of suspense, tears, anger, and laughter.

"It is always fun to find a new magic to read about. You think the genre is overdone until you find something bright and fresh like this." (FangirlNation.com)

"Magic and suspense abound in this moving debut fantasy novel about how far a witch will go to help a friend. A heartfelt fantasy tale with a spirited plot." (Kirkus Reviews)

What listeners say about The White Raven

This author is a new one to me, but I enjoyed this tale she crafted of a witch who has been cursed to reincarnate time after time, this time round seems to have found a home where she can be happy with the life she has built and the friends around her, but unfortunately her past has a way of catching up with her.

Along with Aven and the titular white raven, Ren with whom she has a mysterious connection, there is an entertaining mix of allies and enemies that contribute to an entertaining story that could very easily lead into a series if the author chooses to return to these characters in the future.

The narrator of this book enhances the story with suitably distinctive voices for the main characters when the perspective switched to them, even the raven got a good voice for example and the book was stronger for it.

I enjoyed this story. I enjoyed the flow of the story and found some of the problems the characters faced very intriguing. Occasionally I would feel like a character was behaving in a way that didn't fit with their overarching behavior. I really enjoyed the different voices Wade used to differentiate between characters. They were distinct which really helps me when I listen to a book.

This story was worth getting on Audible! It is beautifully written, very engaging and the narrator Melinda Wade did a lovely job!
You will not regret spending time here, it is a lovely world filled with interesting characters!

Enjoyable story and vivid characters. Follow Aven as she discovers how she arrived in this place and time. I loved the animals, the friendships and Salem setting.
I cant wait for the next book. There are more adventures waiting.

Looking forward to the next story.

Overall a great book. I am looking forward to the next book in this story. Did a great job of describing the surroundings.

Definitely worth checking out

This was an interesting tale of witches and reincarnation. I found I was drawn in fairly quickly and that I cared about what happens to Aven. I thought the premis was intriguing and the narration was engaiging. All in all, worth checking out.

The White Raven drew me in almost instantly. I listened to it while traveling and ended up completing the Audible version within 4 days of starting. The character of Aven is very no nonsense and likable. She is currently living her 13th life in today’s time after many persecuted lives in the past. She finally finds love from friends to go along with the animals and fairies that are attracted to her presence. Many other novels about witches have a period of self-discovery but Aven knows exactly who she is (if not her complete past) along with her values and power from the beginning of the book. The characters are likable though not deep. If you come to this book looking for development like Discovery of Witches you will be disappointed however if you want a sweet story with a fast pace this is for you.