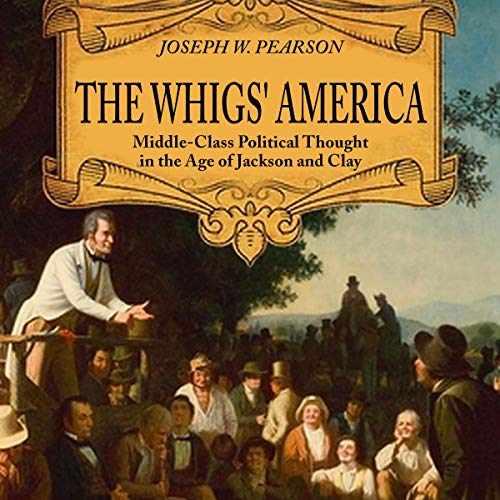 From 1834 to 1856, the Whigs battled their opponents, the Jacksonian Democrats, for offices, prestige, and power. The partisan expression of America's rising middle class, the Whigs boasted such famous members as Henry Clay, Daniel Webster, and William Henry Seward, and the party supported tariffs, banks, internal improvements, moral reform, and public education.

In The Whigs' America, Joseph W. Pearson explores a variety of topics, including the Whigs' understanding of the role of the individual in American politics, their perceptions of political power and the rule of law, and their impressions of the past and what should be learned from history. Long dismissed as a party bereft of ideas, Pearson provides a counterbalance to this trend through an attentive examination of writings from party leaders, contemporaneous newspapers, and other sources. Throughout, he shows that the party attracted optimistic Americans seeking achievement, community, and meaning through collaborative effort and self-control in a world growing more and more impersonal.

Pearson effectively demonstrates that, while the Whigs never achieved the electoral success of their opponents, they were rich with ideas. His detailed study adds complexity and nuance to the history of the antebellum era by illuminating significant aspects of a deeply felt, shared culture that informed and shaped a changing nation.

What listeners say about The Whigs' America

It is fascinating to hear that political struggles have not changed much in over 150 years and that political polarization has always existed in the United States. But what is truly eye opening is that the Whigs, who became the Republican party of Lincoln, seem more like today's progressives and the Jacksonian Democrats seem very much like today's GOP. The parties, for the most part, have completely flipped. An interesting listen and terrific narration.