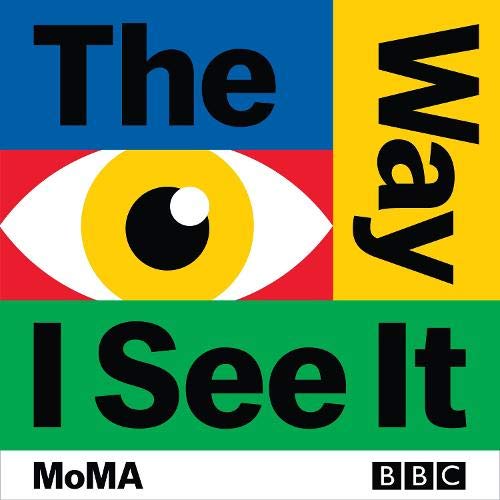 The Way I See It

Thirty leading cultural figures choose an artwork from the Museum of Modern Art's collection and discuss the response it provokes in them.

Art critic and broadcaster Alastair Sooke, accompanied by some of the world's leading creative thinkers, takes an in-depth look at the outstanding exhibits in New York's MoMA, exploring how the way we 'see' art is shaped by our experiences and perspectives. His guests include some of the sharpest minds of our time - artists, writers, designers, comedians, musicians and scientists, among them Steve Martin, Margaret Cho, John Waters, Roxane Gay, Fiona Shaw, Orhan Pamuk and Stanley Tucci.

Each guest selects a piece of art that speaks to them - one that's inspiring, startling, intriguing or challenging. Some pick familiar works, others ones they've never seen before, and their choices range from paintings and sculptures to photographs, films and even symbols. Drawing on their personal history and expert knowledge, they share their thoughts, insights and observations.

How does a cosmologist view Van Gogh's The Starry Night? What does a jazz pianist see in Mondrian's Broadway Boogie Woogie? What will a top fashion designer decode from the clothes painted by an artist in Harlem in the 1930s? And what will a psychologist make of Picasso's unflinching depictions of man's inhumanity, The Charnel House and Guernica?

These questions, and many more, will be answered in this eye-opening series. Revealing, surprising and perceptive, it deconstructs the gallery experience, bringing us a new way of looking at, and appreciating, art.

The Way I See It is a co-production of the BBC and the Museum of Modern Art, New York

What listeners say about The Way I See It