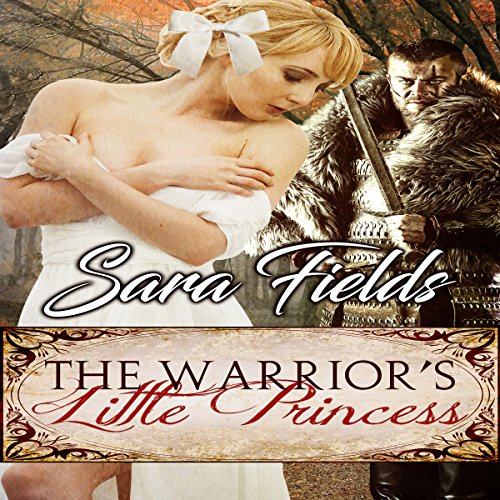 By: Sara Fields
Narrated by: Patrick Blackthorne
Try for £0.00

Irena cannot remember who she is, where she came from, or how she ended up alone in a dark forest wearing only a nightgown, but none of that matters as much as the fact that the vile creatures holding her captive seem intent on having her for dinner. Fate intervenes, however, when a mysterious, handsome warrior arrives in the nick of time to save her.

Darrius has always known that one day he would be forced by the power within him to claim a woman, and after he rescues the beautiful, innocent Irena he decides to make her his own. But the feisty girl will require more than just the protection Darrius can offer. She will need both his gentle, loving care and his firm hand applied to her bare bottom whenever she is naughty.

Irena soon finds herself quivering with desire as Darrius masters her virgin body completely, and she delights in her new life as his little girl. But Darrius is much more than an ordinary sellsword, and being his wife will mean belonging to him utterly, to be taken hard and often in even the most shameful of ways. When the truth of her own identity is revealed at last, will she still choose to remain by his side?

What listeners say about The Warrior's Little Princess

A really enjoyable story line with an arc of Daddy/little girl thrown in. The age play was well done which seems to be hard to find these days and it felt natural for the story.

This was a good story with smexy times. Darius rescues Irena and soon he takes the virgin as his little girl. Sara Fields does a great job with these types of stories. Patrick Blackthorne did a good job with the narration. I received this free copy audiobook at my request and have voluntarily left this review.