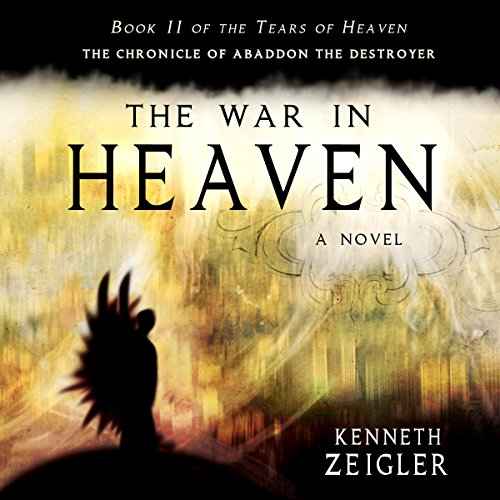 The War in Heaven

By: Kenneth Zeigler
Narrated by: Danny Spurgeon Sr.
Try for £0.00

Satan and his minions have declared war on the most beautiful planet in the universe. His purpose is to depose Michael the archangel and become second only to God in command of all creation.

Standing in Satan's way are a scattered and disorganized host of angels, a group of inexperienced saints, a small band of humans, and some angelic rebels in Hell. Armed with the full power of faith, Abaddon the Destroyer creates a formidable army to challenge the evil targeting Earth.

Author of best-selling Heaven and Hell, Kenneth Zeigler again draws from his research to create a realistic tale where science, the supernatural, and life and death teeter on the edge of eternal joy or damnation.

What listeners say about The War in Heaven

I love the series and I wish he would make his other books audible. Worth a listen !

When I began reading this book (listening) I thought it would take a deeper look into why and how of a more biblical approach. It was all over the place. REALLY! Now don’t get me wrong I knew this was fiction with some things related to the Bible however it turned from the ridiculous to the mundane at times downright boring letting it play to get to a good part. To much over the head physics of what this was and that was. More of going to school to learn the barriers of the heavens and space. Not entertaining at all. I’m hoping the next book brings it all together, I have to remind myself that it’s just fiction.