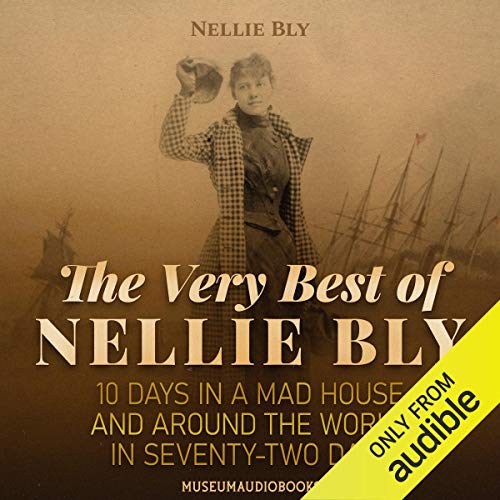 The Very Best of Nellie Bly

The Victorian journalist Nellie Bly (1864-1922) performed one of the most courageous acts in the history of investigative reporting by posing as an inmate at a Women’s lunatic asylum on Blackwell’s Island. Her exposé, titled "Ten Days in a Mad-House" led to a grand jury investigation, which resulted in a one million dollar increase in New York City’s budget for the care of the mentally ill.

"Around the World in Seventy-Two Days" chronicles the author’s 72-day trip around the world for Joseph Pulitzer's newspaper, the New York World. On her journey around the world on steamships and by train, Bly went through England, France, Italy, the Suez Canal, Ceylon, Singapore, Hong Kong, and Japan.

What listeners say about The Very Best of Nellie Bly