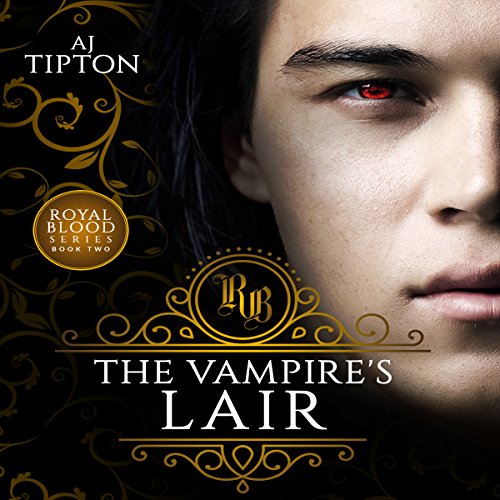 He's searching for truth. She's protecting what she loves. Together, they'll run hand-in-hand towards danger, no matter what the cost.

Robin Ballard has dedicated her life to protecting the endangered birds which are her last link to her family. After another major defeat, she decides it's time to make a big change: find a sire and become a vampire. But her plan is derailed when she discovers that being a vampire means being controlled by the vampire who turns her, and her sire isn't interested in treading lightly.

Vampire prince Danny Dal is the best investigator in the business. When his king sends him to explore a secret, vampire pleasure palace, he expects just another day at the office. But when Danny discovers that the palace's beautiful exterior hides a twisted secret, he must put his burgeoning feelings for the lovely Robin aside. Together, Danny and Robin must rescue the imprisoned vampires from their sire's sinister commands before it's too late.

But can one prince and one newly-turned vampire stand a chance against an entire army of brainwashed troops?

The Vampire's Lair is an adult paranormal romance. If you like passionate environmentalists, mind-blowing lovemaking, and a villain you'll love to hate, then you'll adore the second installment of the sizzling Royal Blood series.

The Royal Blood books may each be listened to as standalones.

What listeners say about The Vampire's Lair

I want to like this series but the narrator is putting me off. I might look for the books so I can read them myself

Sex! Vampire’s! Saving the Damsel in Distress!!!! Taking Out the Bad Guys.!!!

I loved how the book played out. I loved Robin wanting to turn into a vampire to save the birds. That was cute. The story was well written and the characters was well developed. The hot scenes was steaming hot. Hated when it ended. Can't wait to read the next one.

I very much enjoyed this book, it keeps your attention, once you start it's hard to put down. I would highly recommend this Audiobook.

"This book was given to me for free at my request and I provided this voluntary review"
Plot.::⭐⭐⭐⭐⭐stars
Story.::⭐⭐⭐⭐⭐stars

This was a unique vampire romance. Robin's story was different than anything I have heard in the past. I'm not sure if anyone would give up their human life to save birds! Robin was quite crazy in my opinion.

Vampire prince detective Danny was trying to bust an illegal vampire place called the Blood Oasis. He helps Robin and they work together to bring down the twisted vampires business.

as good as the first one

He's searching for truth...
She's protecting what she loves...
Together, they'll run hand-in-hand towards danger, no matter what the cost...

This is a paranormal romance at its best! So unique. So lovable. So enjoyable. I just can't get enough of these books! I absolutely devoured this read! I love when books are able to pull me in from the first word spoken. So excited for the rest of the books in this series.

The narration was well executed! Loved it!

Perfect for readers of paranormal romance.

The Vampire's Lair by A.J. Tipton was a great read. It is book two of the Royal Blood series. Robin is willing to do anything to protect endangered birds. This includes becoming a vampire. Danny is a vampire prince who must work with Robin to save imprisoned vampires. I loved reading this book.

I loved Robin, she's seems like she's composed of contradictions at first; forward thinking, but short sighted; intelligent and yet trusting to the point where she makes stupid choices. However as the story progresses she becomes far more complex and interesting and I found myself admiring her bravery and her compassion.

The chemistry between Robin and Danny is hot and was lots of fun to listen to.

I'm enjoying this series and I'm looking forward to the next book.

The character voices are a bit of a mixed bag, the female voices could be better but all the voices are distinct and recognisable. The delivery is smooth and well paced.

A serious conservationist seeks out vamps to change her so she can keep an eye out for her “bird babies”. She gets more than she bargained for and Danny thinks he has met his match.

Want to get bit

Not sure if I would want to get bit so I could extend my life for saving some of the most un-attractive birds which admittedly are dying out....but....it does make for Robin's interesting story background. As for Prince Danny Dal....he is put in her path when he goes to check if there is an abuse of the &quot;Hortari&quot; (the control of one's sirelings) in the Blood Oasis.
This is not only fully of humor, it is also full of action and steamy vampire action.

Sounds interesting...download this book. It is book two and although you probably can get the storyline without reading the first book, I would recommend it. It is a hot read!

I was provided this free review copy audiobook by the author, narrator, or publisher in exchange for an honest review.