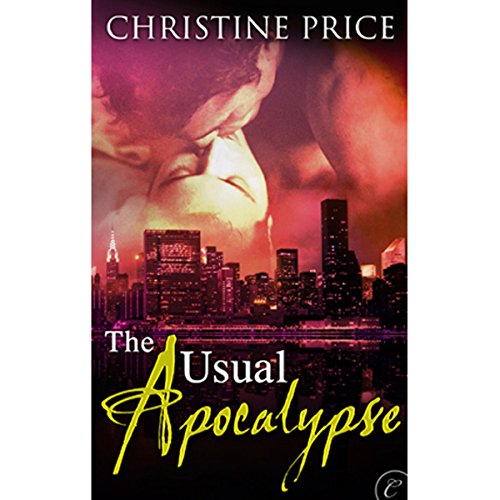 By: Christine Price
Narrated by: Blake Bodkin
Try for £0.00

Relationships can be tricky when people can't lie to you, so Agent Matthew Whitman focuses his unusual powers on solving cases for the Society. When a fellow agent is found murdered, Matt is given a major assignment: find her killer. First he must find Brennan Mitchell, whose brother was a victim in the murdered agent's last case.

For 16 years Brennan thought his brother was dead. Now, a Society agent is confronting him with the impossible: his brother is alive. While Brennan is grateful to be reconnected with his brother, he doesn't want to be pulled into any Society business. But the attraction between he and Matt is electric.

After indulging in sensual encounters together, Brennan finds himself drawn into Matt's investigation, and they become embroiled in something much larger than a run-of-the-mill murder case - something darker and more dangerous than either man could have ever imagined.

What listeners say about The Usual Apocalypse

Would you listen to The Usual Apocalypse again? Why?

I will absolutely listen to this audio book again. I have only a few books in my collection that I listen to every few months but this will be one of them. I liked the interaction between Matt and Brendon very much. Normally I am not much into science fiction any more, but this one is the exception for me.

What other book might you compare The Usual Apocalypse to and why?

Can't think of any.

Have you listened to any of Blake Bodkin’s other performances before? How does this one compare?

I have not listened to this narrator before but will definitely check out any other books that ne narrated. Thoroughly enjoyed his presentation . . . characters were well delineated with different voices also.

Enjoyable But Doesn't Stand Out

This is a great paranormal romance. It's a lot of fun. I enjoyed listening to it, but it didn't 'stand out' to me. It's a good story, but I wouldn't rank it as one of the best. Definitely worth a buy, but there are even better gay romance novels on audible.

This story is very good. A bit lighter than the first, but no less exciting. It kept me mentally engaged without being over-stimulating or emotionally exhausting if that makes any sense. Blake does a great job narrating, the different voices are distinct and easy to differentiate between. His woman are a bit husky voiced, but still obviously women. It is no sacrifice, since it is likely a by-product of just how smooth and sexy his lower tones are. My ears approve.

I enjoyed the first book In Darkness Bound, but this went beyond that. The characters come through more fully in personality and I can't even describe how hot they are together. With a full fledged murder mystery going on to boot, this is a must read for MM murder mystery fans.

I adore this series, love these characters. Love the stories and the relationships.

This story was very different from what I usually read ,but I'm glad I read both stories.

Never tired of listening over and over. What can I say, it's the best read everything for me.