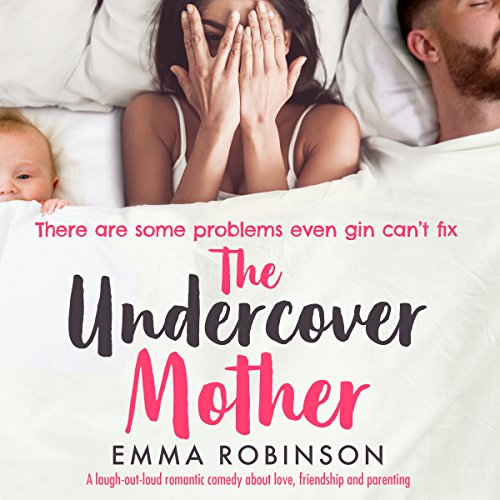 By: Emma Robinson
Narrated by: Helen Duff
Try for £0.00

Have you ever wondered what secrets other mothers are keeping?

Jenny has too much on her plate, literally - she’s pregnant with only one child, but she’s already eating for three. Not to mention trying to juggle her future life with a baby, a nightmare boss, a know-it-all sister, and a bizarrely laid back husband.

She used to be famous for her "Single Girl About Town" journalism. But not only is she bored of parties, she also hasn’t been single for years, and is now eight and a half months pregnant.

So when her boss hands her column to a younger colleague, Jenny panics and proposes instead writing about being a clueless new mum. Surely people will find her new friendship group fascinating? Even if the only thing they have in common is that they all had sex around the same time nine months ago....

Like, what’s the deal with scary Gail’s mystery husband? How is posh mum Antonia already out drinking when Jenny can barely make a cup of tea? Why isn’t sweet-natured Ruth answering any phone calls?

And if her readers aren’t quite hooked yet, maybe Jenny will just have to be more liberal with the truth. After all, none of the other mums will read it...will they?

The Undercover Mother is a feel-good parenting pause resister that will make you laugh, cry, and recognize every moment. Perfect for fans of Why Mummy Drinks and The Bad Mother’s Diary.

What listeners say about The Undercover Mother

A good read on holiday

Enjoyable but a bit confused about the romance as I didn't identify any of them. Overall good.

I've listened to this in less than 5 days!!! 😮 totally gripped !!! Most definitely my sort of book, great story about unlikely friends at a very important time in their lives.

Just couldnt listen to it all, tried numerous time

I really struggled to read a few chapters, couldn't get into it at all, found it really boring and very disappointed with it

The story was pointless, characters were boring, a complete waste of time if you are looking for something with a bit of humour.

I’ve read and listened to so many other books with this same storyline, and it was done better by just about everyone else. This one was not as funny as other similar stories and I could not relate to any of the characters. I kept listening hoping it would become more interesting. But sadly...