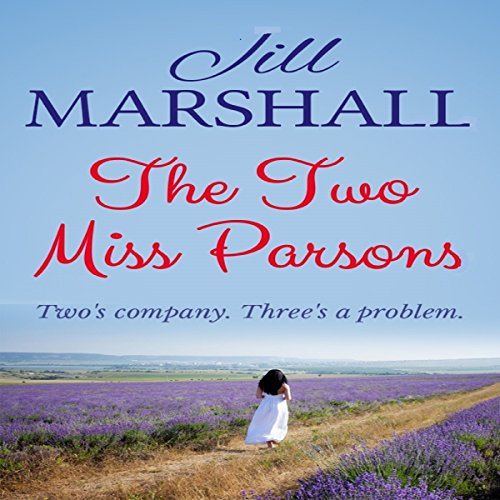 By: Jill Marshall
Narrated by: Michelle Ford
Try for £0.00

When Cally Parsons is made redundant from her steady job in marketing, she's not devastated - in fact, she's thrilled. Finally, she'll have time to spend with Paige, to make sure that having one parent never lets her daughter down. But when Paige blows out the candles on her ninth birthday, she makes a surprising wish: to meet her father for the first time.

Cally finds herself flying across the world to see Alan Morgan for the first time in a decade, and she hopes against hope that her eternally-adolescent ex won't disappoint Paige. But even Cally didn't anticipate the challenges that await the two Miss Parsons in New Zealand. She uprooted their lives so that Paige could have a family - but will Cally get more than she bargained for?

Alan is as handsome as ever, but shades of his former selfishness can still be seen, and she finds herself leaning more on his kindly father, Pete, than on Alan himself. And when Cally meets the handsome, intense businessman Simon Francis, she is torn between making Paige's wishes come true, and fulfilling dreams she didn't realize she even had.

Will Cally's journey lead her to love, or make a mess out of the carefully constructed life she has built for her and Paige? And is there a man who can take on the two Miss Parsons?

The Two Miss Parsons is a heart-warming romance and family drama, proving that while two's company - three's a problem.

What listeners say about The Two Miss Parsons

I bought this book so I could have something to listen to on the drive up north. It was a good thing I wasn’t the one driving, the story grabs hold of you and won’t let go. I can relate to Calli who wants what’s best for her daughter. But on the other hand deserves love. What is one to do? It’s a hard choice…make your children happy or make yourself happy. I will not give spoilers so before I say too much, I recommend this story. It’s full of realistic, believable characters that you can’t help feel for.

Cally Parsons is a bit like Bridget Jones with a 9 year old in tow! This book made me laugh out loud (a lot!) and the honest and loving depiction of the relationship between Cally and her daughter is beautiful. Cally doesn't go looking for love but seems to find it in all the wrong places!