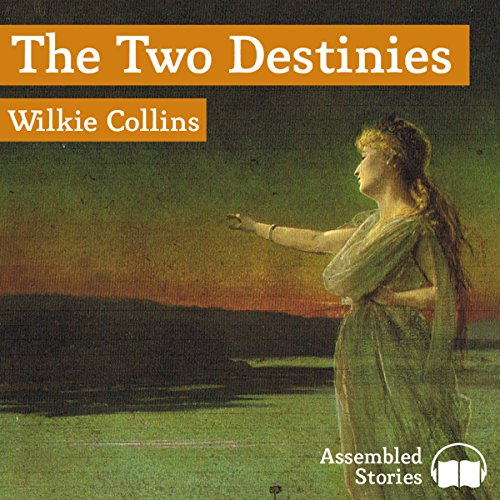 Most of Wilkie Collins' later work was disparaged by the critics for espousing causes. Swinburne commented, 'What brought good Wilkies genius nigh perdition? Some demon whispered - "Wilkie! Have a mission!".'

Despite this, the 'novelist of sensation' continued to appeal to the public with the construction of ingenious and meticulous plots. He had been the first to write a full-length detective novel but also wrote love stories, and The Two Destinies is a fine example, the author adding a hint of the supernatural to tempt the Victorians' interest in mesmerism and the occult.

Mary and George love each other in early childhood, but George's father tears them apart, not believing that Mary, a bailiff's daughter, will be a fit match for his son. The family travel to America to pursue the father's dream of wealth.

During George's absence, Mary moves to Scotland and, in order to survive, is forced into a marriage of convenience. George returns after 10 years to search for his promised bride and becomes obsessed and infatuated with a Mrs Van Brandt. Is the pursuit beginning to affect his sanity?