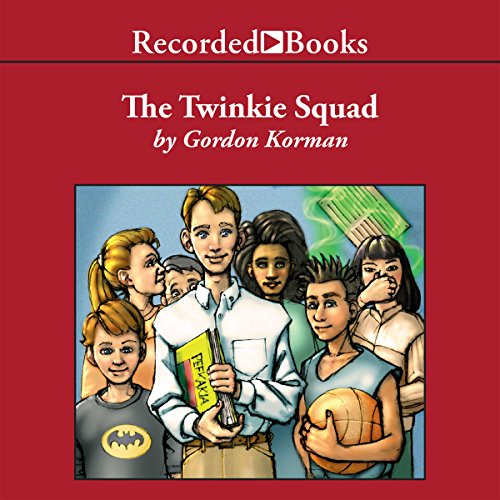 Once again Douglas Fairchild is starting a new school in Washington, D.C. The teachers in the private schools he has attended didn’t understand him - maybe because he is from Pefkakia. Now he will make a fresh start in sixth grade at Thaddeus G. Little, a public middle school. After telling the bus driver how to drive and refusing to do his homework, Doug finds himself in the worst possible situation. He must join the after hours discussion group for misfits, better known as the Twinkie Squad. Everyone has always made fun of the Twinkies, but Doug is about to change all that.

Award-winning author Gordon Korman captures a growing audience of readers with his entertaining books about the problems young adults encounter. His hilarious The Twinkie Squad is guaranteed to keep readers laughing out loud as Doug learns to accept his new classmates and most of all, himself. The spirited young man and his colorful classmates burst from the pages with L.J. Ganser’s vivid narration.