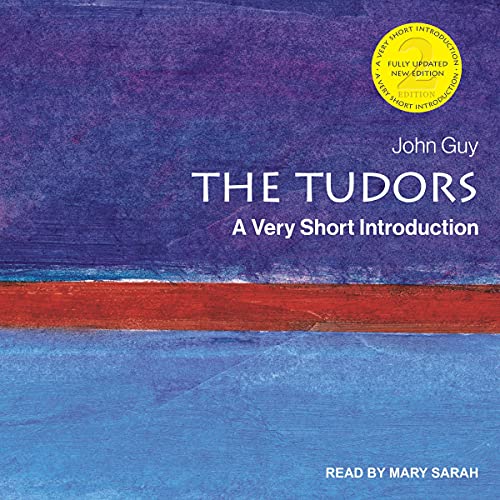 The monarchs of the Tudor period are among some of the most well-known figures in British history. John Guy presents a compelling and fascinating exploration of the Tudors in the new edition of this Very Short Introduction audiobook.

Looking at all aspects of the period, from beginning to end, he considers Tudor politics, religion, and economics, as well as issues relating to gender and minority rule, and the art, architecture, and social and material culture of the time. Introducing all of the key Tudor monarchs, Guy considers the impact the Tudor period had not only at the time, but also the historical legacy it left behind.

What listeners say about The Tudors

The reader has the strangest diction, which I found highly distracting. I can take the "moronic interrogative" (rising inflection at the end of sentences) but the listless approach and slightly bemused delivery of the text was most offputting. Then there was the pronunciation - it's Norridge, not Nor-witch, and Burr-ley not Burg-ley. Above all, it's Mare-y Queen of Scots, not Marry. The text itself, however, was excellent, particularly the (slightly unorthodox?) interpretation of the end of Elizabeth's reign.

The narrator for this piece talks in such a way…..
It’s insufferable.
I can’t get past chapter 1.