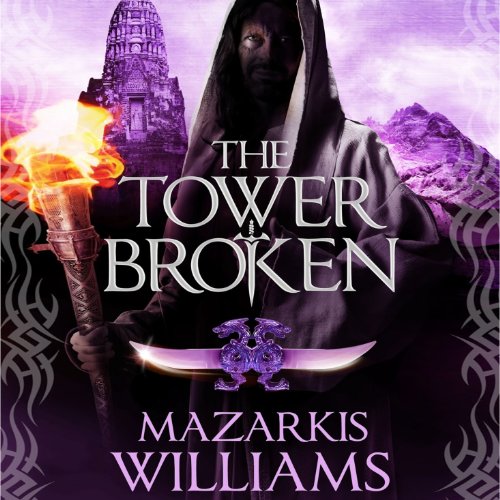 By: Mazarkis Williams
Narrated by: Paul Boehmer
Try for £0.00

The Cerani Empire reaches a tipping point in the thrilling conclusion to the Tower and Knife trilogy.

The world is at its breaking point. The nothing, a terrible darkness caused by the festering wounds of a god, bleeds out the very essence of all, of stone, silkand souls. Emperor Sarmin thought he had stopped it, but it is spreading toward his city, Cerana and he is powerless to halt the destruction. Even as Cerana fills with refugees, the Yrkmen armies arrive with conquest in mind, but they offer to spare Sarmin’s people if they will convert to the Mogyrk faith.

Time is running out for Sarmin and his wife, Mesema. The Mage’s Tower is cracked; the last mage, sent to find a mysterious pattern-worker in the desert, has vanished; and Sarmin believes his kidnapped brother, Daveed, still has a part to play. The walls are crumbling around them…

As the Tower and Knife trilogy thunders to the finish line, author Mazarkis Williams expands his masterful world-building a final time, putting the pieces in place for an explosive conclusion.

What listeners say about The Tower Broken