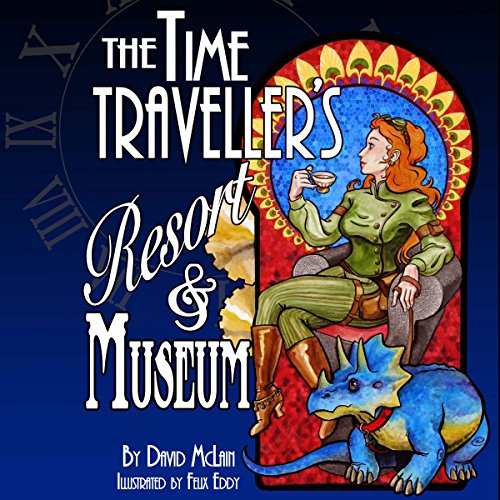 The Time Traveller's Resort and Museum

The Time Traveller's Resort and Museum

"If you need to know men's secrets

Or if there's something you need to find

If you want to see the dinosaurs

Or the insides of your mind.

If you want to watch the earth begin,

Or see what the apocalypse will leave behind,

You need to thank Alice Anderson,

For Alice is the mother of time."

That was how the rhyme went. Every time traveler knew it. Everyone that is, except of course, for Alice herself, since she hadn't invented time travel yet. Since returning to London, Alice's life has been turned upside down. She's been accused of murder and lost her position in the scientific community. Her only ally in this journey is a strange man who seems to think that Alice may be about to open up a strange new world of possibilities, but is probably not telling her everything he knows.

Obviously fake quotes made up by the author for the purpose of filling up space on the back of the book:

This was a fun ride through history and literary universes. Highly imaginative. Expertly narrated. Recommend.