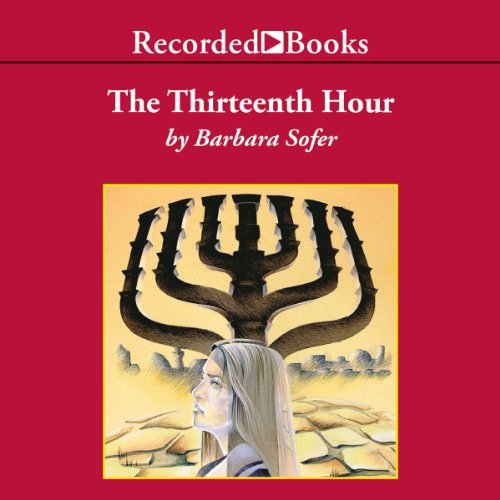 Packed with drama and suspense, journalist Barbara Sofer's debut thriller is so timely it could be featured on the evening news. Two American-born woman living in Israel - one Jewish, the other Arab - are enmeshed in a violent conflict that threatens their national loyalties and personal values.

After she defeats a terrorist single-handedly in Jerusalem, biologist Deborah Stern receives unwanted publicity from television reports. Suddenly she is running for her life from raving Arab fanatics - while the Israeli General Security Service ruthlessly pressures her to work in a dangerous undercover assignment. Reluctantly giving in to Israeli demands, Deborah agrees to gather intelligence. Soon she clashes with Raba, an American-Arab woman with centuries-old allegiances of her own.

Action packed, but could have used more balance

A good book based on the Israeli/Palestinian conflict. It is action packed, but there are better books out there like "The Attack"; by Yasmina Khadra. I was hoping for more of a relationship between the two women who were fighting on opposite sides of this conflict. I liked that both the women were portrayed as intelligent, strong and educated. I did not however, find this a balanced portrayal of the people. For the Palestinian side it really focused on the terrorist, fundamentalists and did not give a good balance of them as a people. For the Israelis it focused on the GSS (govt security service) and their need for defense. There was one line in the book that stuck with me. One of the women said "we are dealing with the megalomaniacs on both sides of this", that sort of sums up the premise of this book. It is very hard to give a fair picture without a little history, which was lacking in this book. Perhaps the balance was to be within these two women, as they are the true heroines of the story. Lots of action, violence, and a couple of love stories thrown in for good measure.
As for George Guidall, the narrator, always a treat! He does an excellent job as usual.

This book is a 'must' read!

This is one of the most interesting books I've ever read. it is a fascinating adventure story and offers some insight into the motivations behind two groups of people: those who are willing to die violently for personal cause and those who have extreme courage to protect the lives of people they love. This is a fascinating book for all readers and the power of its words will keep you reading to the very end. It intrigues because the human spirit needs to be hopeful, no matter what!
I could not put it down. A compelling, gripping read!

Two sides to every story.

Looked forward to listening to it every chance I got. Thought provoking and very exciting.