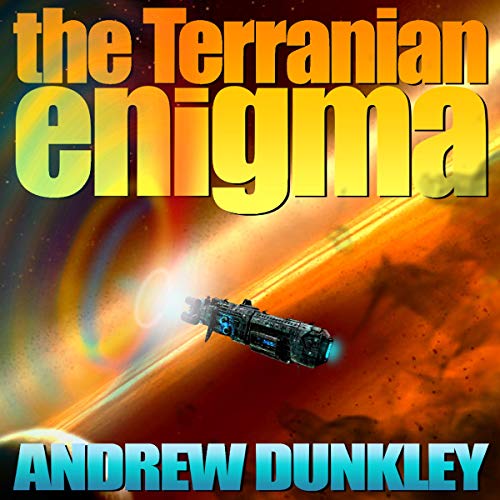 When the Borche invaded the seven worlds of the Andromeda Galaxy, the people fought hard to defend their colonies, but they were confronted by a disciplined and unwavering foe. The Borche proved overwhelming and without mercy, killing indiscriminately. Their goal: extermination and slavery.

When it was realized that the war was lost, seven fleets were quickly launched to seven points in the universe identified as having habitable worlds. Each fleet carried experimental jump-drive technology that would enable them to travel vast distances in a very short time. The reliability of the neutron-powered drive was in doubt, but there was no choice. They had to flee.

The First Andromedan Fleet under the command of Admiral Karlou Vardourn left its home world with a select crew and many thousands of military personnel and civilians on a quest to settle on one of these new worlds in a place far away from the Borche.

During their final jump, a cataclysmic failure saw the fleet scattered with many ships lost. Only the Admiral’s ship, the ISS Titania arrived at the new world, severely damaged.

The planet Terrania was beautiful - a watery blue ball with a single grey moon warmed by a medium-sized yellow star, but to the horror of the Andromendans, it was already occupied.

Without anywhere else to go, they now had to decide to either negotiate asylum or just take what they needed from the people of this world, just like the Borche had taken from them. Would something else jeopardize their hopes for the future?

What listeners say about The Terranian Enigma

i really enjoyed this as it was my first ever audio book. totally unexpected ending. i listen to the space nuts podcast which prompted me to check out Andrew's book. i loved it.