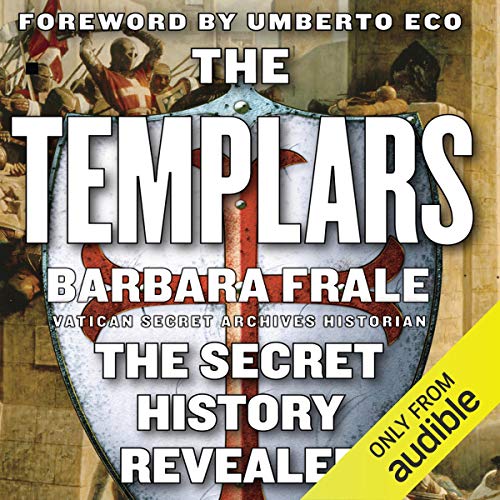 At its height, the Order of the Knights Templar rivaled the kingdoms of Europe in military might, economic power, and political influence. For 700 years the tragic demise of this society of warrior-monks amid accusations of heresy has been plagued by controversy, in part because the transcript of their trial by the Inquisition - which held the key to the truth - had vanished.Templar historian Barbara Frale happened to be studying a document at the Vatican Secret Archives when she suddenly realized that it was none other than the long-lost transcript! It revealed that Pope Clement V had absolved the order of all charges of heresy. Using this sensational new information, Frale chronicles the Templars spectacular rise and fall against a sweeping backdrop of war, religious fervor, and the struggle for dominance, and finally lifts the centuries-old cloak of mystery surrounding one of the worlds most intriguing secret societies.

What listeners say about The Templars

Insomnia? This will cure it...

If you like to listen to someone regurgitate dates and repetitive facts this is a book for you. A medical text book in latin has more entertainment value. If you are doing a thesis on the Templars you might find it useful.

Great book of you enjoy History.

The facts vs fiction of the Historic Templars its easy to see how the legend of the Templars came about. The Church leaders of the time and the Kings of the day have faded into history. The Templars unjust and brutal treatment have made them the icons of repressive peoples across the Christian world. They inspire and uplift even today!

This is the real historical presentation of the recent discovery of what truly happened to the Templars, which is wonderful to be able to hear.

Pulled the Plug Early on This One

The introductory statements offered quite some promise and I was looking forward to the rest. However, in a book of some 5+ hours, using almost 20% of that time to set context with a bland summary of the historical lead-up to the initial formation of the Templars was trying my patience too far. Added to this was the fact that although the author claimed a uniquely informed perspective (which I don't doubt) little original thinking is in evidence here. That the 'trials' of the Templars were a mockery of anything like truth or justice comes as no surprise, not that others' greed is essentially the prime motive in their becoming a target. Whilst we might not have been offered proof before now, these are hardly surprising revelations. Follow this through and no doubt some hoary mythology will be deservedly exposed, but there's little to suggest to this point that the reader will emerge any the truly wiser for their experience.

A note to the narrator

Just a brief piece of constructive criticism. Here on earth we humans don’t reading years as though they were mathematical numbers. The year 1307 isn’t read as “one thousand, three hundred and seven”. We say “thirteen oh-seven”. I felt really irritated each time you incorrectly read a year like this. Otherwise your reading performance was just fine.

I completely enjoyed this reading and study experience. The narration is very professional. The information is quite compact. Although completely readable, it is nonetheless an enjoyable intense experience. There is very little "fluff" and I had to proceed slowly in order to maintain my concentration. The book seemed to be a very readable textbook. Thank You....