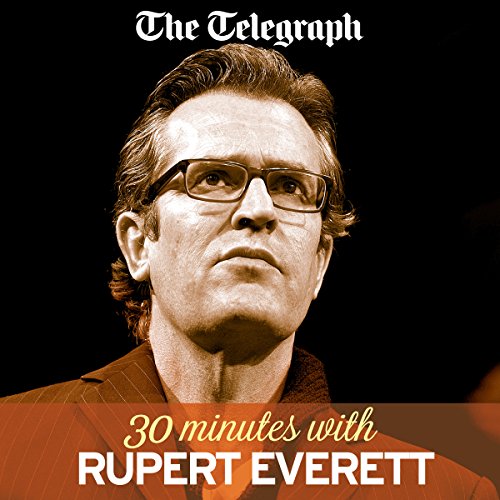 The Telegraph: 30 Minutes with Rupert Everett

By: Rupert Everett,The Telegraph
Narrated by: Matthew Stadlen
Try for £0.00

In the fifth interview in The Telegraph and Audible’s '30 minutes with…' interview series, journalist Matthew Stadlen talks to Rupert Everett about Hollywood stardom, the challenges of being an actor and the addictive and fickle nature of fame. Everett also talks about growing up as a Catholic boy, fear of AIDS in the 1980s, and the impact that being openly gay has had on his career.

Everett (born 29 May 1959) is a British actor and writer. He has starred in films such as My Best Friend's Wedding, Another Country, and An Ideal Husband. In recent years he has acted in Pygmalion and The Judas Kiss and is about to play the part of Antonio Salieri in Peter Schaffer's Amadeus at the Chichester Festival.

Stadlen is an interviewer, broadcaster and writer. He produced and presented the BBC's Five Minutes With interview series and the BBC's documentary series On the Road With. Please note that this audio was recorded on location rather than in a studio, so the nature of the audio track may differ slightly when compared with that of the rest of the '30 minutes with' interview series.

What listeners say about The Telegraph: 30 Minutes with Rupert Everett

Mr Everett is much more cooperative and revealing in his responses than his interviewer deserved. In fact, Everett gave his interlocutor some juicy leads that fell leadenly to the floor. But I have enjoyed reading RE's memoirs and enjoyed this audio production because it confirmed for me what I'd hoped was true--Rupert Everett is not only witty but he also has his wits about him. He's humble, a survivor, and a realist. Someone you'd like to know.

it was very enjoyable and he was very open and honest as usual. His life is fascinating and he speaks so eloquently. I just wish it were 30 more minutes longer. I adore him.