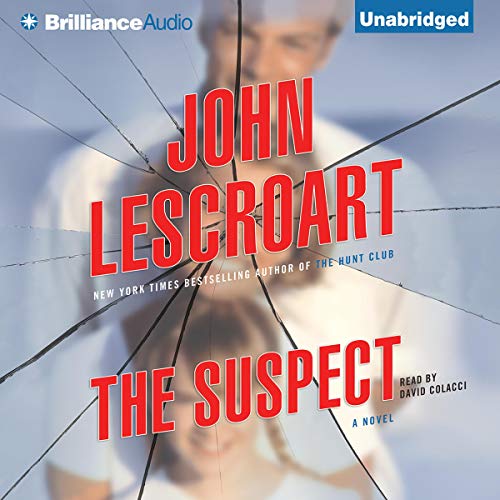 By: John Lescroart
Narrated by: David Colacci
Try for £0.00

When Dr. Caryn Dryden is found floating dead in her hot tub, homicide inspector Devin Juhle targets a suspect close to home: her husband, Stuart Gorman. After all, Stuart recently asked for a divorce...and he stands to gain millions in insurance. His alibi - that he was at his cabin on Echo Lake that weekend - doesn't keep him out of hot water. But maybe a shrewd attorney will.

Gina Roake, a partner in Dismas Hardy's firm, is eager to take on such a high-profile case, especially when the client's innocence seems so easy to prove. Yet the more time she spends with Stuart, the more complicated her feelings become; she feels strangely drawn to him at first, then has to confront the possibility of a dark history lurking in his past. Desperate to know the truth, Gina calls in Wyatt Hunt to investigate. Before the facts are in, her client is on the lam; he's already been tried in the press, and so he's certain the courtroom won't bring him any mercy either. Racing to a stunning conclusion as Gina uncovers disturbing answers, John Lescroart spins a chilling story of secrets, love, and lies.

What listeners say about The Suspect

What made the experience of listening to The Suspect the most enjoyable?

The narrator was awesome. Really knows how to tell the story. Like he was living it.

This is a great book. Keep you in suspense right to the end. Fabulous. Would highly recommend.

I so enjoyed this legal mystery and the narration was spot on! Somehow I've missed this author, John Lescroart, so the book characters are new to me. I'll definitely be getting more books by this author!

The last of Dismas Hardy and Abe Glitsky?

John Lescroarts has written about Hardy and Glitsky for about twenty years now. He may feel like he needs to break out into new territory, but I humbly disagree. He has made real lives of these fictional characters. They have not stood still, as many other writers of thrillers have done. They get married, raise children, have tragedies and successes, and climb in their careers, although in the ways that ordinary people do, not as some kind of Supermen. This book may be the last of the duo. Gina Roake is the star here, and she has a real history herself. The widow of David Freeman, perhaps the best lawyer in the San Francisco Legal community, Gina, who is now a partner of the law firm that bears the names of the protagonists, withdrew after the death of her husband. She now has taken on a murder case. Her first, this is a case of many facets. Gina believes that her client is innocent, a rarity. Most defense lawyers tend not to want to hear whether their clients are guilty or innocent., There is a strong circumstantial case against Stuart Gorman. The courtroom scenes hold your attention. Lescroarts is certainly not Grisham, but he knows how to create believable characters, a murder case with truly complicated aspects, and he has a dramatic touch that keeps you rooting for Gina. If you have not read any of the Hardy-Glitsky books, I recommend all of them. Some are obviously better than others, but you will be drawn into the lives of these people.You can't go wrong here.

I could not guess the ending. Lots of surprises.
I can't wait to start another.

For those who enjoy a really good mystery with numerous suspects, you will find this book right up your alley. And just how gifted is the lady lawyer who takes the case? She's up against some daunting circumstantial evidence that can put her client away for murder. It's a good story that draws you in and keeps you tuned in.

Not sure why I bought this book -- in general, legal thrillers drive me nuts (do doctors read medical thrillers?) but this was an okay book. Better than okay, in fact. Thoroughly enjoyable.

I think part of the difference was Lescroat's choice of protagonists. Gina Roake, a lady lawyer who'd taken a professional bashing, been out of the game for a time, comes to this case just to help out a friend with what everyone expected would be a simple appearance. Then it rather quickly turns into a murder trial, something she's never done before, ever. What was charming (no other word will quite do) was the lack of arrogance involved here. Roake makes mistakes -- big ones, we see it, she sees it, but instead of covering it up with bluster and blaming everyone else, she admits it. Wow! How uncommon is that? HA -- but there was a kind of touching integrity to her character, something not seen often at all in the halls of justice, either in fiction or real life.

Without issuing a spoiler, Lescroat also targets an very unusual person as the villain -- or one of them, anyway. Political correctness usually shields some people from being portrayed as nasty or criminally inclined, but not Lescroat. That, too, was refreshing.

Okay, so I'm not likely to turn into a fanatic fan of legal thrillers, but this was a very good book -- I'll look for more of Lescroat books, I can say that.

New author for me and didn’t disappoint!

Love the narrator and the book itself. Kept me walking for the week with the dog for 4/5 mikes a day! Looking up his other titles now!

It’s was a great book, kept you thinking and the characters were also interesting
Very entertaining