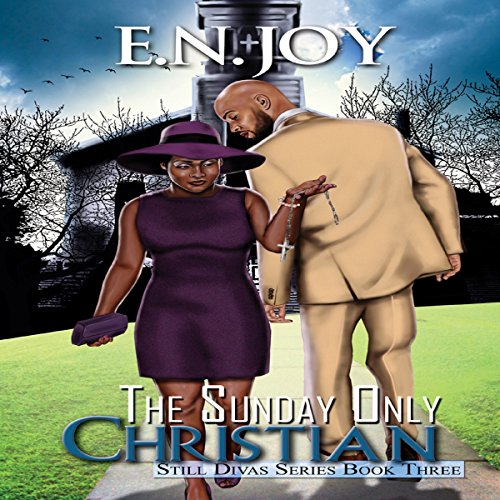 The Sunday Only Christian

What kind of woman wants a man so badly that she'd be willing to lie to get him? What if that lie includes denying the fact that she has a child? Deborah Lewis is that woman. The suave, debonair Lynox Chase is the man Deborah wants. He's the man Deborah has wanted for years, almost had, but decided to give her ex a try, leaving Lynox hanging. With her ex no longer in the picture, Deborah is willing to eat crow and go claim Lynox. She can't help but worry if he will be forgiving and take her back, but figures after two years, he's had time to get over it.

The chase turns into more of a marathon for Deborah. Just when she thinks she's near the finish line, she learns that a woman with kids is a turn-off for Lynox. She finds this out before ever getting the chance to tell Lynox that she had a child by her ex. Can Deborah turn off being a mother just long enough to get Lynox to fall in love with her again?

What listeners say about The Sunday Only Christian

Book good recoding not so

Story was good but recording need some work. I encourage to re-record. The sound was muffled spacey and editing in the recording was poor.

I truly enjoyed the storyline of this book, a woman's struggle with issues of the past that would not fully are her to move forward in her life. God knows how to get our attention and lead and guide us if we allow him to; and then how to heal us from all of our past hurts, God is truly Awesome and so is this book Sunday only Christian there ate so many people in this world who profess to be Christian but their actions prove otherwise. Again I say awesome storyline, I had not listened to a book in years and I truly enjoyed listening to the one. thanks.

i loved it this book was another spirit filled journey. I understand and relate to all the characters. God knows my story and he is still in the healing business. thank you E.N Joy for obeying God this is truly your ministry.

Both the author and narrator did a wonderful job. The storyline covered a multitude of issues faced by Christians and just people in general. It also covered the negative perceptions sometimes associated with obtaining help from a mental health professional.