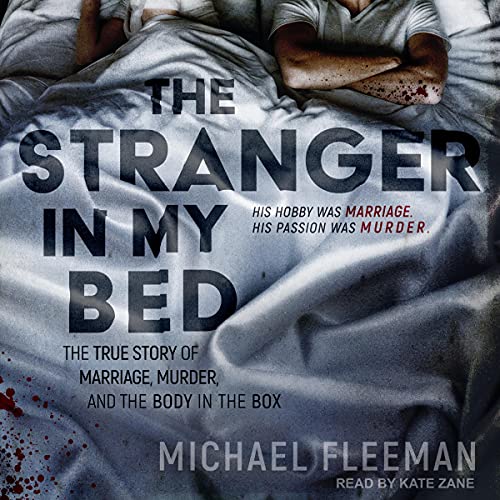 The Stranger in My Bed

By: Michael Fleeman
Narrated by: Kate Zane
Try for £0.00

He found new brides to love him.

All Diane Bertalan really knew of her new husband, John, was that he was a widower, he lavished her with gifts, and he preferred to keep his past a secret. What she didn't know was that the FBI had been watching him for years. In the fall of 2000, she found out why - it was a crime that had been haunting authorities for decades. They called it the mystery of the Lady in the Box.

A decaying body that had been left along an Indiana roadside ditch in 1980 had finally been identified as Janice Hartman. In 1974, the Ohio woman had been reported missing by her estranged husband...John David Smith. The gruesome discovery was only the beginning of Diane Smith's brutal awakening - for Hartman was only the first of Smith's wives to have vanished off the face of the earth.

The Stranger in My Bed is the chilling true story of one woman who escaped the deadly hold of the killer she loved and married, and of the grieving families of his victims who banded together after nearly 30 years to prove that justice never forgets. Or forgives.

What listeners say about The Stranger in My Bed

Very interesting story if a bit dry in the presentation. Narrator gives it the proper somber tone but I did wish she’d vary her tone more, which got dreary at times. Overall this history of a murderous creep is interesting enough to keep he listener engaged in spite of these issues.