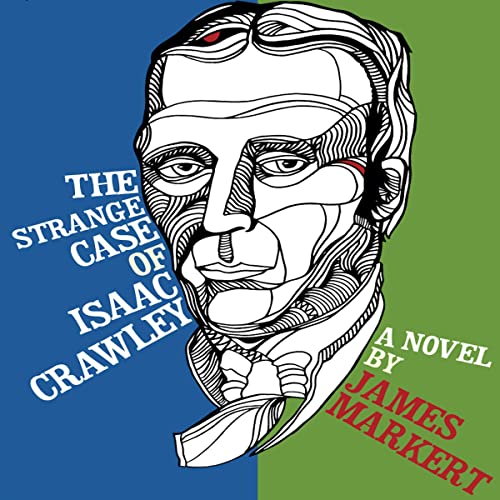 The Strange Case of Isaac Crawley

By: James Markert
Narrated by: Lisa Stran,Kevin Theis
Try for £0.00

Isaac Crawley has just returned home from London and is obsessed with the Jekyll and Hyde play, which has opened at Macauley's Theater in Louisville, Kentucky. On the fourth night of the show, a body is found on the riverbank, butchered like Jack the Ripper's first victim. The police set their sights on Issac, who has recently developed an opium habit, a propensity for blackouts, and noticeable changes in behavior. Since Isaac was in London during the horrific killing spree, they think he may be the Ripper himself.

More bodies are found, eerily linked to the Ripper, and as evidence points toward Isaac, his former alienist, Dr. Blackwood, steps in, locking him away in the Lakeland Asylum in a desperate effort to keep him safe. What Dr. Blackwood discovers lurking inside Isaac's mind needs to be destroyed to save him, but it also holds the key to finding the real killer, who is still out in the streets, imitating the Ripper.

"James Markert's The Strange Case of Isaac Crawley is a vividly detailed and richly researched historical thriller that grabbed me the same way Caleb Carr's The Alienist did. It brings a forgotten time and forgotten incidents to three-dimensional life and had me turning pages late into the night. Don't miss this smashing tale!" (David Bell, USA Today best-selling author of Kill All Your Darlings)

"Fear of the Ripper's bloodthirst has traveled on the wind from London to Louisville, leaving the mighty Ohio River crimsoned and the city's residents trembling. Markert's novel of murder and madness is heavy with a foggy lamppost atmosphere, but goes beyond moody ambiance in its remarkable psychological turns and even surprisingly tender moments between the cast of vivid, memorable characters. An engrossing novel." (Ian Stansel, author of The Last Cowboys of San Geronimo)

What listeners say about The Strange Case of Isaac Crawley