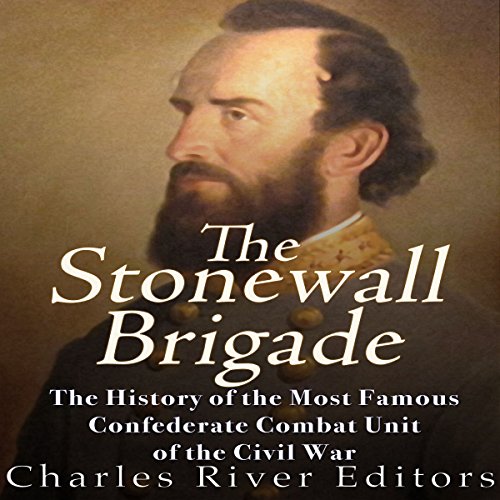 April 18, 1861, marked the date Southern forces started pouring into Harper’s Ferry, Virginia. Six days earlier, shots had been fired at Fort Sumter in Charleston Harbor, South Carolina, marking the beginning of the Civil War, and Virginia officially seceded from the Union April 17. The following day, men arrived in the town where John Brown’s attempted uprising was quelled less than two years earlier. The men came from all portions of the Confederate States of America (C.S.A.) and the border states of Kentucky and Maryland, but the preponderance of volunteers came from Virginia.

Once the Confederate troops occupied Harper's Ferry, martial law was declared and so-called “feather bed” Confederate military officers, often referred to as “swells”, were replaced by professional soldiers with military training. One such man who arrived from the Virginia Military Institute (VMI) was Thomas Jonathan Jackson, who on April 27 was ordered by Virginia Governor John Letcher to take control of the troops converging on Harpers Ferry. He did as ordered and began to form what became the renowned Stonewall Brigade.

Jackson and his brigade earned the nickname “Stonewall” at First Manassas by turning the tide of that battle, and they would become known as the legendary foot cavalry by bottling up three different Union armies in the Shenandoah Valley in 1862. Although Stonewall Jackson and the Stonewall Brigade may share the most famous nickname to come out of the Civil War, it’s still unclear whether Barnard Bee, the general who provided the legendary name at First Manassas, meant it as a complaint that they were not moving or as a compliment for standing resolute in the heat of battle.

Regardless, the Stonewall Brigade went on to fight in every major battle in the Eastern theater of the American Civil War, to the extent that of the 6,000 men who fought with the brigade over the course of four years, less than 200 remained by the time General Robert E. Lee surrendered at Appomattox Courthouse on April 9, 1865.

Not only was the Stonewall Brigade present at most of the major engagements in the Eastern theater, more often than not, they were positioned at the edge of the front line of battle. It can be fairly stated that while these men may not have been more heroic or courageous than any other soldiers who fought in the Civil War, they appeared in the first wave of volunteers immediately after Virginia announced secession, were better trained, were more skillfully directed, and showed greater dedication to the cause and their leader than most regiments on either side of the conflict.

What listeners say about The Stonewall Brigade