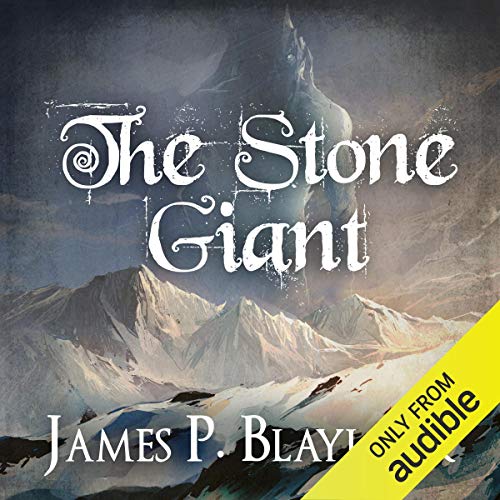 By: James P. Blaylock
Narrated by: Malk Williams
Try for £0.00

Theophile Escargot, cast out of Twombly Town for the crime of stealing his own pie, bade a midnight farewell to his unfeeling neighbours and set out on a journey to fabled Balumnia. There he would clash with the master of an elfin airship and a conniving, marble-stealing dwarf; battle to save Leta, a beautiful maid possessed by a malevolent witch; discover magical powers that could make him a hero; and unearth secrets of the legendary land itself.

Return to the magical world of The Elfin Ship and The Disappearing Dwarf in this fabulous book.

The sequel to The Elfin Ship and The Disappearing Dwarf.

"A magical world, magically presented... having journeyed there, you will not wish to leave, nor ever to forget." (Philip K. Dick)

What listeners say about The Stone Giant