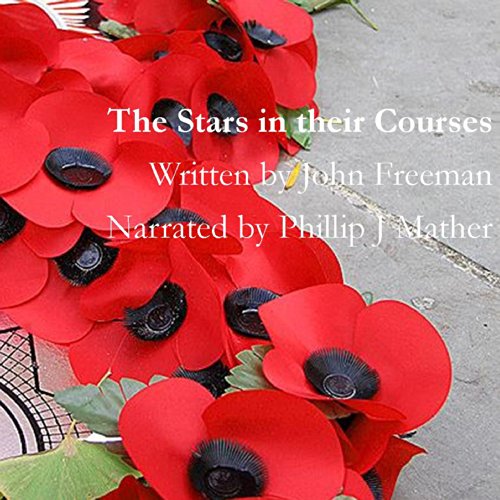 The Stars in Their Courses

The Stars in Their Courses

What listeners say about The Stars in Their Courses

If you could sum up The Stars in Their Courses in three words, what would they be?

Would you be willing to try another book from John Freeman? Why or why not?

I liked the overall language, but I prefer less abstract poems, more direct poems. Yes, I would be willing to read more of his poems (or listen to them).

Have you listened to any of Phillip J. Mather’s other performances before? How does this one compare?

The narration was superb, better than the poem itself, I found. Mather has a uniquely deep voice and this adds to the atmosphere created by this poem and other war poems which Mather has narrated (also on audible).

It is but 5 minutes long, so there was no difficulty listening to it in one sitting.

Not the best of the war poems Mr. Mather has read on audible, but still worth a listen.