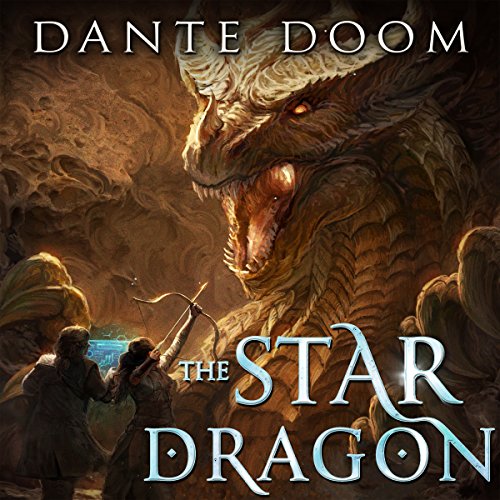 When the real world is threatened, it's up to the players in a virtual one to save it.

Van Vanyushin doesn't see the point in ever leaving the beautiful digital world of the game he loves - and for good reason. In the industrial wasteland he calls home, it is often the only way people can experience life's simplest pleasures. But his allegiance to the game is tested when an ambitious CIA agent named Sang Ngo calls upon him to help as she goes undercover in the game to investigate Draco - the corporation responsible for creating the massively popular role-playing game Dragon Kings of the New World.

Sang is a gifted hacker who feels nothing but contempt for those who waste their lives in what she sees as a false reality...but when people start dying in the game, she must find out why. Van, a talented gamer, is her guide to navigate the world, level up their newbie characters fast, and get into some of the most dangerous areas of the game. He dreams of becoming a pro gamer sponsored by Draco one day, but his partnership with Sang threatens to expose secrets from his past that could jeopardize those plans.

Now, they will have to put aside their differences to discover whatever - or whoever - is killing players, but the truth they find is darker than either of them imagined....

What listeners say about The Star Dragon

This was an interesting litrpg.The interaction between the two main characters (FBI cybersleuth Sage Ngo and gamer Van Vanyushin) is mostly entertaining.

Fun LitRPG with a Twist!

Van is a dedicated gamer, spending every spare moment in his favorite virtual reality MMORPG, Dragon Kings of the New World. He dreams of being picked as a pro gamer, sponsored by Draco and paid to play the game he loves. That all ends when he's blackmailed by the CIA to assist their agent, Sang. She's trying to discover the reason behind the recent rash of player deaths and mysterious game glitches. What starts as an in game escort mission becomes a partnership between the gamer and the hacker with life or death on the line.

This was a solid LitRPG that went in an interesting direction! It was a great listen that kept me hooked through the entire book. I liked the contrast between Van and Sang, an ambitious gamer who lives to game, and an aggressive agent who thinks it's a waste of time. They were both likable and their banter cracked me up. I could really relate to Sang as she experienced the game for the first time, and was struck by its beauty. I loved that the female main character was the one who got to kick so much butt!

You don't have to be a gamer to enjoy this book. There were a few stats, but the focus of the story wasn't just the game, it had an interesting plot beyond that. If you do read for the game, the game mechanics were consistent, and Van was definitely not overpowered! Although the world itself was interesting, the setting didn't get too much focus. I did miss the world building you get with fantasy, but there's plenty of room for that later if we get backstories on the two opposing forces. The action kept things moving, and it really felt like actually playing the game.

The narration was well done, Nik Magill did a great job bringing the story to life without overacting. He pulled me right into the story. I requested a copy of the audiobook, and I'm voluntarily leaving a review. This book is definitely worth a listen, and I'm really looking forward to the sequels.

I was hesitant to try this book because the whole CIA aspect is overdone to me. Im glad I tried it. Dante Doom has created a fun series that is completely engulfing and I found myself looking for reasons to listen to what happened next. Was not expecting the alien twist. Nik Magill is the reason I tried the book despite being uncertain on the premise as he is one of my absolute favorite narrorators and he nails it again in this book. I will definitely be checking out the next installment when it releases.
I was given a free review copy of this book by the author or publisher in exchange for an honest review.

I rarely like gamer stories. Loved Ready Player One, but most in this sub genre are difficult to get through. This one, however, is really good. I mean hell (pun intended), with a name like Dante Doom, how could it not be good. I think where this book is better is simple, good characters. Magill is really good and gives the main characters depth and their own voice. Looking forward to another.

This is not the usual type of book for me but I loved the cover and the book blurb. I’m glad I listened to it as I genuinely enjoyed it. I liked the writing style and while I’m not a gamer I have friends that are so I found Van to be very realistic. Great listen can’t wait to get the next one

I got this ARC via audiobook boom and this is my voluntary review. I am not a fan of virtual reality game stories but this one was good. The interactions between two of the characters was forced at imes but overall if you are a fan of this type of book where the virtual and reality interact on the same plane then you will enjoy the story. The narration was in tune with the story.

ine of the worst litrpg I've read. unbalanced game. pacing is all off. had no clue what was happening with thw whole leveling system. a lot isn't explained. hero solves problems by magically pulling things out of inventory.
this was a waste of time and money.

I am a sucker for the LitRPG genre, and this one is a pretty entertaining ride. The main characters get along pretty well, and mesh well considering they are trying to put together two differing aspects. The reason for them being in the game is a pretty unique one, at least by the LitRPG genre standards. It has a lot of great things to offer for those that like sci-fi, fantasy, humor and action.

The narration by Nik Magill is great, and he brings all the characters to life with unique voices and inflections. The pace is nice, and covers many little arcs before hitting the climax. I look forward to the next book, and future adventures for Van and Sang.

I really enjoyed this book. I have been reading about virtual reality and paying attention to all tech related to it since it's inception. This was well told, and made me want to play the virtual game as Well!

The outside world is not focused on so take the summary with a grain of salt. The description is otherwise pretty fair, so if it's your cup then you're likely to enjoy it! I found some of it rough and forced like Van and Sang arguing when nothing in the past indicates the argument is ahead. About 3 instances of that that are very clear like in one Sang's frustration at Van for not shutting up. I just didn't see him talk a ton nor did Sang complain before. Of course, I could have just missed it. The gaming was alright and had interesting mechanics. The game has a focus on teamwork so PvP has negative side effects. I am genuinely curious about the future of this series and looking forward to the next installment! I agree with other reviewers that you don't have to be a gamer to enjoy this mystery.