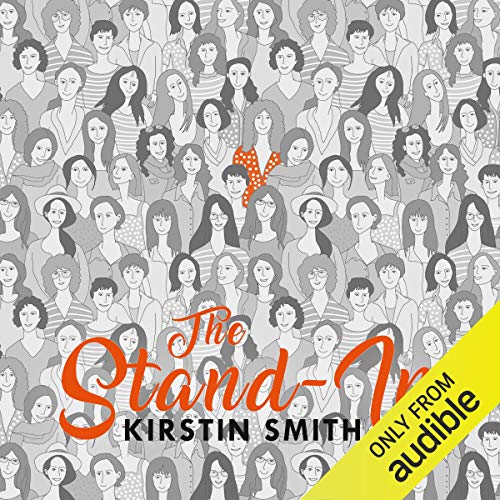 By: Kirstin Smith
Narrated by: Imogen Church
Try for £0.00

Catherine needs a replacement: someone to step into her place and temporarily take things in hand. Catherine Elliott needs a person to stand in for her at home and work while she does...something else.

Her friend Becca thinks she’s having a breakdown, her husband, Allie, is baffled, and her seven-year-old daughter, Petra, scornful. But Catherine is determined that somebody must take her place. She auditions a series of stand-ins, drawing her husband into the process of casting the character.

How should they choose the person who will replace her? Can they find someone better at expressing Catherine than Catherine herself? Catherine discovers Sara, a striking young performance artist. Sara accepts the role as an art project and a chance to escape an ex-partner who is harassing her. Having completed the handover, Catherine leaves, taking a notebook she recently uncovered - a potted diary which belonged to her father, who died 15 years before. Catherine starts to hunt for the people it records, beginning in an Edinburgh vintage clothes shop staffed by a woman who looks remarkably similar to Catherine - her dad’s secret daughter. With each entry, Catherine is led further into his compartmentalised existence.

Catherine reveals her ambiguous feelings about maternity, marriage, and a fierce love of their father, whose fugitive nature she recognises. When not searching, Catherine lives her new life without character or responsibilities - but cannot resist secretly visiting her home, where she watches the stand-in play with Petra and begin an affair with Dom, a work colleague for whom Catherine has long nursed a secret desire.

Catherine returns to her mother’s house to hunt down the address of a cottage mentioned in the notebook. The house was bought by her father for another woman, with whom he had a long-term affair.

In a painful confrontation, Catherine discovers that her mother knew more about her father’s secrets than she expected, and Catherine must recognise her own role in keeping herself in the dark. She travels to Cornwall and meets the woman - an irreverent, blind artist living a precarious existence.

Catherine spends several weeks there, fixing the house, describing objects to the artist and coming to terms with the truth. With Petra’s birthday looming, Catherine’s sister turns up in Cornwall and persuades her to return home and resume being Catherine. She arrives back on the day of the EU referendum, ready to take up her role - but stepping into her own shoes proves more difficult than expected.

Allie is enraged at Catherine and enamoured with Sara, and Petra refuses to speak to her mother except via her surrogate. Having willingly introduced a replacement, Catherine must negotiate Sara’s exit and her own resumption of family life while all around is in turmoil. Sara, meanwhile, must return to her life and face her threatening ex.

What listeners say about The Stand-In