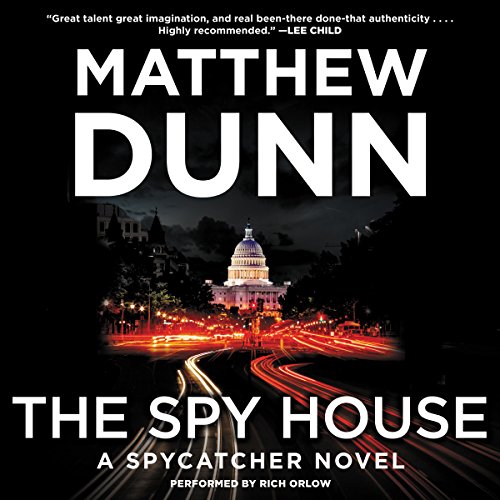 In the fifth electrifying thriller featuring Will Cochrane, the intelligence agent must solve the unsolvable: How did four international agents working on a supersecret mission die in a safe-house bunker that was locked from the inside?

Critics have called Will Cochrane a "ruthless yet noble" (Ft. Worth Star-Telegram) "one-man weapon of mass destruction" (Daily Telegraph) - a brilliant agent from whom "Bond and Bourne could learn a thing or two" (Madison County Herald). His latest assignment will plunge him into the thorny politics of the Middle East. The stakes: averting a war that could engulf the world in flames.

When the Israeli ambassador to France is shot dead in Paris by an unknown sniper, the Israeli government blames Hamas and begins planning a massive invasion to obliterate the terrorist organization once and for all. To avoid an all-out war, three members of the UN Security Council - the United States, France, and the United Kingdom - assemble a team of intelligence agents to uncover the truth behind the assassination.

But when the team stops responding and all four agents are found dead in a bunker locked from the inside, they turn to freelance intelligence operative Will Cochrane for answers. To find out what really happened in the Paris shooting and in the bunker and prevent an unwinnable war, Cochrane will use his years of knowledge and experience to unravel the truth...and maybe just keep himself alive.

This is a great story, but the protagonist has a terrible phoney English accent which spoils the book.

Would you consider the audio edition of The Spy House to be better than the print version?

Just the same. They are an easy read and and easy listen.

It has to be Will Cochrane

When the paymaster was exposed

This is the first audiobook I have heard of Matthew Dunns. I've read all the previous novels and they were exactly what I'm looking for in a spy novel. Not over complicated with plenty of action.

Brilliant, can't wait for the next Will C. story.

Never was such an honourable man so underestimated!I haven't read the book but have just bought a previous story in the Will C. series.

Slow start but worth the wait

I quit this book twice but kept coming back to listen. Slow start but the last two thirds of the book made up for the slow start.
My next book will be written by this author. Great story.

Over all good story line by Dunn Building of plot and persons therein. Rich does a fantastic narration. All of the books by Dunn are good listens.

Unexpected twists and turns....hmmm I'm not sure what to think! will there be a follow-up book?