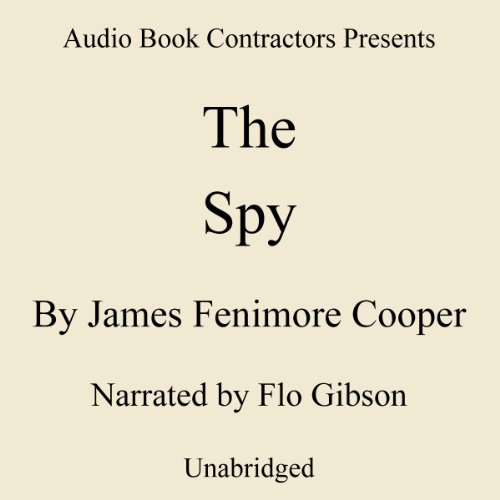 Set in upstate New York on a comfortable estate, the law-abiding family of Mr. Wharton suddenly finds the Revolutionary War at its door. They are an American family with friendly British ties, but they have kept their dual loyalties from affecting their peaceful life, until a secret visit from Wharton's own son, Henry, changes everything.

Henry is a British officer and has crossed behind American lines in disguise. When American troops arrive unexpectedly, Henry is discovered and arrested as a spy. Adding grief to the family's pain is the connection to Henry's captor, the noble Major Dunwoodie. He is Henry's sister's fiance and Henry's own childhood friend; and they must all remain at the Whartons' until Dunwoodie can escort Henry to Washington for his trial.

The plans for departing are delayed when British forces enter the vicinity and a battle breaks out within sight. When the British are defeated, Dunwoodie quarters captured Colonel Wellmere in the Wharton home. Now quarantined with prisoners and quartered American officers, the Whartons wait for their beloved Henry to be taken away and tried. Little does any of them know that the real spy still roams free and plies his trade within their midst.

What listeners say about The Spy

Fascinating story full of information about the American War, gender stereotypes, Benedict Arnold etc. Shame about the lugubrious reading, but almost worth it for the novel.

Good for the right reader

Finishing this book required a bit of dedication as the reading/listening level is relatively high and the story meanders in many places. The use of more complex sentence structures feels like a nod to the style of the era in which it was written, and while it lends authenticity to the tale, a sense of dawdling through while looking at scenery may be difficult for busy modern listeners to embrace. The text is adorned with more description than I prefer, and I blame it at least in part for the failure to expeditiously move along the story's plot, which chronicles a series of events during the American Revolutionary War.

Prior to this story, I was not well acquainted with the period, so I was surprised at the similarities to the Civil War. There were "skinners" who preyed on homesteads and their occupants, there were divisions between neighbors, there were governmental "seizings" of properties, and of course, there were a number of people who tried to do the right thing. One of these was the Spy, and his bit of the story makes it worth the read. I found the final third of the book to be more satisfying than the first two thirds. Once foundations are established and scarves described, ad nauseum, the author finally gets busy and wraps up the story.

If you find yourself wallowing in this book, take heart, it gets better as you get closer to the last page.

Impossible to understand. The language is very complex . The sentences are too long . It was hard to remember the subject with such long sentences.