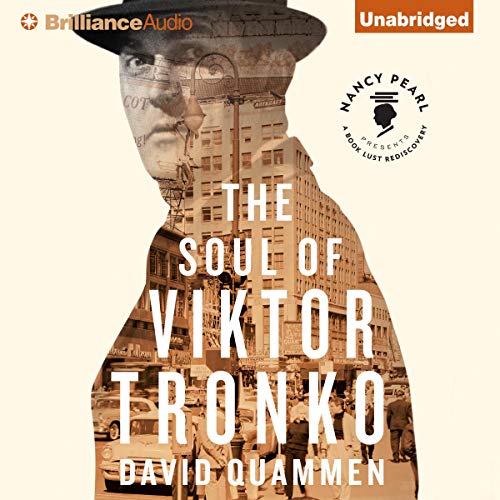 The Soul of Viktor Tronko

The Soul of Viktor Tronko

When Soviet agent Viktor Tronko defected to the US in 1964, he made two intriguing claims: he insisted that Russia had not placed a mole inside the CIA, and that Lee Harvey Oswald had not been recruited to assassinate the president. Convinced that Tronko was working as a disinformation agent, the CIA furiously did everything they could to break him. But Tronko had one more surprise for them: he refused to break.

Almost two decades later, former CIA officer Mel Pokorny shows up at journalist Michael Kessler’s house and offers to talk about Tronko. It’s the scoop of a lifetime for Kessler. But the more he investigates, the closer he gets to the truth: a truth so shocking that someone would do anything to keep it under wraps. This could be the biggest story of his life…if it doesn’t kill him first.

Filled with fascinating characters and darkly delicious humor, The Soul of Viktor Tronko is a rich, suspenseful espionage saga inspired by a true story.

Thoroughly enjoyed this book, partly due to an excellent narration.
A bit disappointed by the handling of the ending.