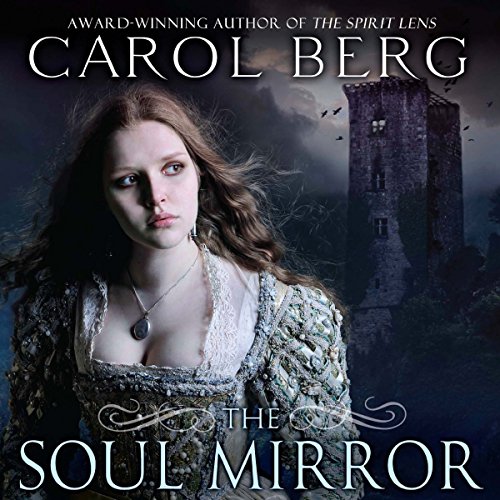 By: Carol Berg
Narrated by: Angele Masters
Try for £0.00

With no magic talent of her own, Anne de Vernase must take on her sister's magical legacy to unravel the secrets behind the dark sorcery besieging the royal city of Merona-and to uncover the truth behind her sister's death. For Portier de Savin-Duplais, failed student of magic, sorcery's decline into ambiguity and cheap illusion is but a culmination of life's bitter disappointments. Reduced to tending the library at Sabria's last collegia magica, he fights off despair with scholarship. But when the king of Sabria charges him to investigate an attempted murder that has disturbing magical resonances, Portier believes his dreams of a greater destiny might at last be fulfilled. As the king's new agente confide, Portier - much to his dismay - is partnered with the popinjay Ilario de Sylvae, the laughingstock of Sabria's court. Then the need to infiltrate a magical cabal leads Portier to Dante, a brooding, brilliant young sorcerer whose heretical ideas and penchant for violence threaten to expose the investigation before it's begun. But in an ever-shifting landscape of murders, betrayals, old secrets, and unholy sorcery, the three agentes will be forced to test the boundaries of magic, nature, and the divine...

What listeners say about The Soul Mirror

The Soul Mirror is the second book in the Collegia Magica trilogy, but stands well on its own. Indeed, I failed to note that this was the second and had not read (or listened) to the first book, but I at no time floundered with what was going on. In fact, I think I probably enjoyed the suspense more due to not being over familiar with the characters introduced in the first book. I thoroughly enjoyed Angele Masters performance. She has a lovely voice and was well able to tackle the male characters smoothly without the jarring that some other narrators cause when attempting to read a character not of their own gender. I'm looking forward to listening to the third book in this trilogy ( The Daemon Prism) and then will likely go back and tackle the first. Give this a go - you won't be disappointed!

The story was entertaining, if not earth shattering. Honestly I think I would have liked this book better had I read it myself. While the narrator's voice wasn't bad (if a bit flat), her pronunciation was terrible (Especially considering the narrator of the first book was quite good). The biggest example is the word "mage." In Brit or American English it has a single pronunciation, and if she was trying to use the french pronunciation, even that was wrong. Considering how often the word "mage" is used, it's incredibly grating. Then there are the inconsistencies in pronunciation from book to book of character and place names. The editors on this audio didn't do their job.
If poor pronunciation drives you to distraction, give this one a pass.

Narrator consistently mispronounces several words -- "demonish" does not normally rhyme with "demolish", "tarry" meaning "delay" and "tarry" meaning "tar-like" are not pronounced the same, and I'm not sure, since I don't have a hardcopy to hand, but I suspect the word she keeps pronouncing "carry" is "chérie".

It would also be nice if she had kept the pronunciations the narrator of book 1 in the series used for some of the family names, such as "Mondragon".

Despite the flawed narration, yes.

Complex with some of the most fully realized characters I've encountered in years. The world building is beyond first rate. This is one of the best fantasies that I've ever read/listened to, and it's beautifully narrated. The climax left me breathless. It you like well plotted, character driven novels, treat yourself to this one. Pass if you need testosterone driven action in every scene.

Book Two of the series

I LOVED this book; characters, pacing, storyline, just everything was great. Narrator was really good. Left me hanging for Book 3, which I am about half way through, Three moves slow, but hang in there, things happen that answer your questions, Happy listening,

Would you listen to The Soul Mirror again? Why?

I rarely read or listen to books more than once but I would certainly listen to this one again.

What was one of the most memorable moments of The Soul Mirror?

The whole book keeps you captivated by the mystery. The characters are deep and quirky and the story is very well thought out. Its one of the best fantasy's Ive listened to in a while.

I absolutely love the narrator's voice. She does all the characters, but not any in an annoying way that gets off your nerves. Her voice brings the story to life. Sometimes I do feel she goes a little fast but mostly because the names of people and places are a little difficult to remember and I find Im playing catch up. One of my favorites for sure!

I only listen to audiobooks when I sleep and if I could have I would have stayed up all night to finish. I just couldnt stop because I wanted to know what would happen next. I had to force myself not to listen to it if I wasnt trying to fall asleep.

To begin, you should know that I absolutely loved "The Spirit Lens," which got its fair share of ho-hum reviews. It would appear that, once again, I am in the minority of reviewers on this book, as I did not find it nearly as engaging as its predecessor.

Why? Anne is an alright character, but she spends a heck of a lot of book time "discovering" things that the listener should already know from The Spirit Lens--like certain secret events or the true morality of characters that Anne is initially prejudiced against. I had more than a few moments of dislike for Anne in the beginning because of this--how dare she say anything negative about Duplais, the brat??

My next issue is this: nothing happens. I mean, really--the story is stagnant until the last 3 hours. Interspersed with Anne's "new" discoveries were a lot of unnecessary details--it felt as if I were listening to different characters conversing on a topic where they had all read the same textbook (they all spouted the same information, just with different speach patterns). It was enough to make me want to tear my hair out!

In the first book, I was on the edge of my proverbial seat as Duplais discovered more secrets and intrigue, shared nuggets of wisdom, recalled pertinent experiences, or struggled with shifting loyalties. Not to mention the several deaths and/or assassination attempts, the torture, kidnappings, and hilariously air-headed comments from Ilario!

In this book, Anne is brought to court by Duplais and is living a life with the ladies-in-waiting to the Queen. How in the WORLD is there not more interaction with these girls if she is expected to do her adventuring in stolen moments between lessons on court life, or in the middle of the night? How are the other ladies at court so vapid compared to her? It was almost like the author was shoving Anne's brilliance down my throat. The only people worth notice by the author are those in power--or those conveniently placed to deliver messages (ie. servants). At one point, Anne claims one of the servants as her first friend at court and I had an "Ergh!?" moment, as she had only spoken to her about three times and never had any real downtime with her--she was always the mistress and the servant was always a tool for her, despite Anne benevolently allowing her to cry on her shoulder once.

Plus, all of the characters that I was fascinated with in The Spirit Lens were background fodder here. Most of the story is about Anne, and Anne's thoughts on her late sister, her missing father, her hostage brother, her insane mother, her readings, her suspicions of intrigue, and her re-consideration of past events, etc. I would say 80% of this book takes place in her head, as it is not "safe" for Anne to interview anyone and most everyone despises her. Rather, she finds notes and letters and trinkets littered throughout the castle--as if these people would be stupid enough to leave a paper trail!

I will say, when she gained the ability to converse in her head with a mysterious Friend I was so starved for character interaction that I was practically shaking with anticipation for each scene. On the other hand, I knew who it was almost immediately and kept waiting for some side scenes during which their real-life interactions could contrast with the mental ones. Never happened. Anne ends up becoming busom buddies with her Friend in about 5 minutes, which belies her previous tendencies toward extreme prejudice. I don't buy the magical explanation.

I've already read the third book (actually, before I finished this, shame on me!), and I can say that there is a lack of emotion in The Soul Mirror and the Daemon Prism that disappoints me. There is NO humor in this book, and the constant negativity exhausted me. Plus, HELLO, Ilario was totally in love with Duplais at the end of The Spirit Lens--I can read between the lines! That aspect is completely gone from this book onward, but rather is explained away as Ilario's "wondering" epiphany that Duplais must be a saint reborn. HA! I scoff at that. Way to ruin one of the most interesting and delicate facets to the story, Berg!

hard to stay engaged but story is all right

the story was hard to stay engaged with
in-depth story just not engaging. difficult to ft
finish. reader was ok