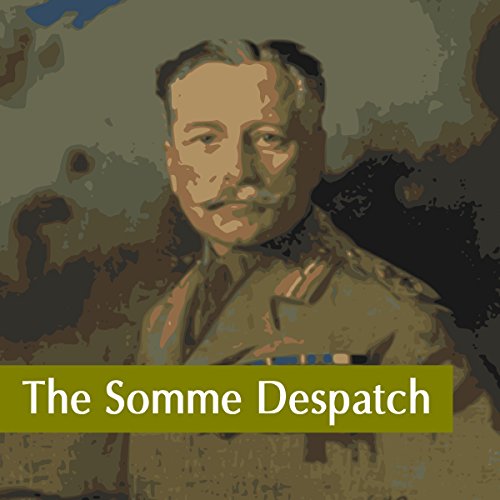 The battle of the Somme was the largest battle of the first world war, in which over one million men were killed or wounded, and during which the British army suffered its worst day ever with over sixty thousand casualties.

The Commander in Chief of the British forces, Sir Douglas Haig, issued a despatch in the following month via the London Gazette. Part news, part propaganda this despatch failed to mention the tragic losses and maximised the minimal gains.

FNH Audio presents an unabridged reading of the Supplement to The London Gazette of Friday 29th December 1916.

If you know the battle of SOMME then this is a nice additional reference to have.