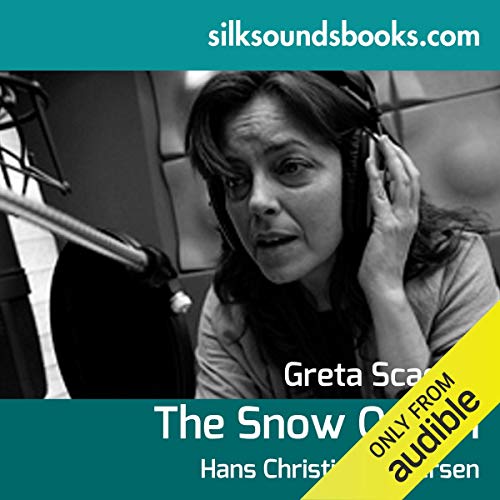 The Snow Queen and Other Fairy Stories

By: Hans Christian Andersen
Narrated by: Greta Scacchi
Try for £0.00

Hans Christian Andersen's fairy tales have become so much a part of the Western culture that they are often assumed to be a part of folklore and not credited to the strange and gangling Dane who wrote them.

Several years before the fairy tales came out, the Brothers Grimm had published their tales taken from the folklore of European stories, but Andersen was to change the understanding of what a tale can achieve. His tales were not the black-and-white moral fables of previous fairy stories; here there was ambiguity. Very often the bringer of truth and understanding would be a child, not a good fairy or an angel. And, most surprisingly for his readers, more often than not there would be no happy ending.

Many of his stories deal with the concept of being different or misunderstood. This is presumed to be a direct reflection of Andersen's life. He was a strange child and grew into a man who seldom felt he belonged. This is beautifully explored in stories like "The Ugly Duckling", giving a form to that very common feeling of not being recognised for what we are. His indeterminate sexuality is often ascribed as one of the main driving forces behind his writing - "The Little Mermaid" is said to be one of his explorations of impossible love.

"The Snow Queen" is the longest and most intriguing of all his stories and is almost a Pilgrim's Progress, with the heroine battling temptation and wickedness to free her less virtuous playfellow from the clutches of the gloriously evil Snow Queen. These are not the fairy stories of the pink princess in the sparkly palace. They are, however, some of the most popular and powerful of all stories. They have been copied and adapted almost continuously since he wrote them, and we think you will love them as much as we do.

What listeners say about The Snow Queen and Other Fairy Stories

Thought I would love it as I do like story but was Very Disappointed as it was Very Dark not like story I knew Wouldn't Listen again Special Not for young ones as would say maybe 14 up or lot old.