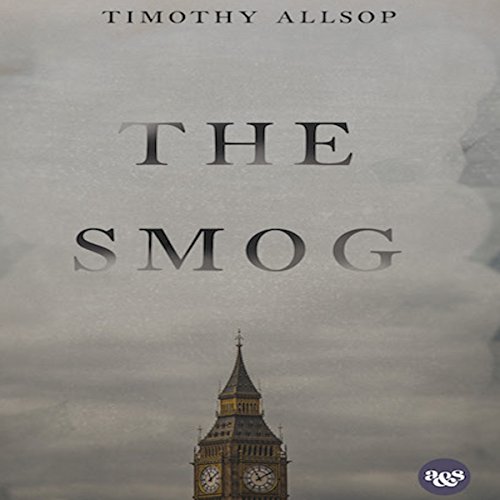 By: Timothy Allsop
Narrated by: Danielle Cohen
Try for £0.00

In 1952, Jean Clarke arrives in a smog-drenched London to assist her brother, Harry, whose pregnant wife Phyllis has gone missing. The siblings have been estranged and, unbeknownst to Harry, Jean's offer of help hides a deeper secret: Jean had fled her marriage.

As Jean and Harry investigate Phyllis's east end haunts, Jean relishes the opportunity to play detective. After splitting off from her brother, she encounters Charlie, a man of dubious character, in an east end cafe. She believes Charlie is hiding information about Phyllis and ingratiates herself with him, but after an accident, she finds herself beginning to develop feelings that might cloud her judgment.

Meanwhile, Harry's search through the smog leads to an old acquaintance: a young man of sexually ambiguous nature. Harry might be more responsible for Phyllis's disappearance than he would like to admit. But his search is interrupted by a group of toughs who are also looking for Phyllis and who are surprised to hear that Phyllis is married, and that Harry is her husband.

Having uncovered the disturbing truth, Jean takes control of her own life - and everyone else's - by setting in motion a dangerous plan to save Phyllis and her unborn child. With its alternating perspectives and dark undercurrents, The Smog is a thrilling mystery from debut novelist Timothy Allsop.

What listeners say about The Smog