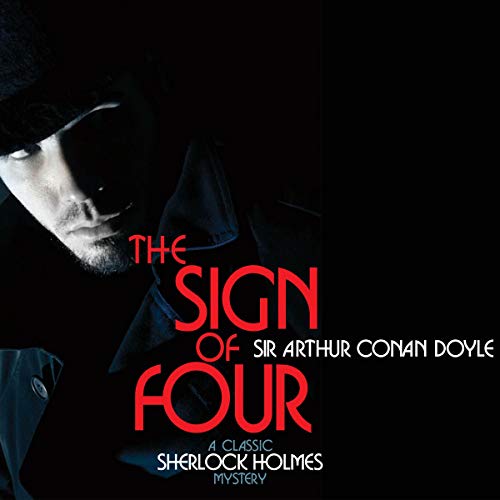 Sherlock Holmes is bored and case-less, and relieving his boredom by alternating morphine and cocaine. Enter the charming Miss Mary Morstan, with whom Watson is instantly smitten. She requests the assistance of Holmes and Watson to solve the mysterious disappearance of her father, and the subsequent invitation to "have justice" by an anonymous letter writer.

Holmes and Watson happily accompany her to see the anonymous letter writer; only to become deeply embroiled in a mystery concerning treasure, murders, India, escaped convicts, and small savages with poisoned blowpipes. Meanwhile, Watson is worried that the fortune Miss Morstan is entitled to will prevent him from declaring his intentions.

This was a highly exciting read. I particularly enjoyed the way the reader captured the essence of the characters. I felt I was actually there with Holmes and Watson.