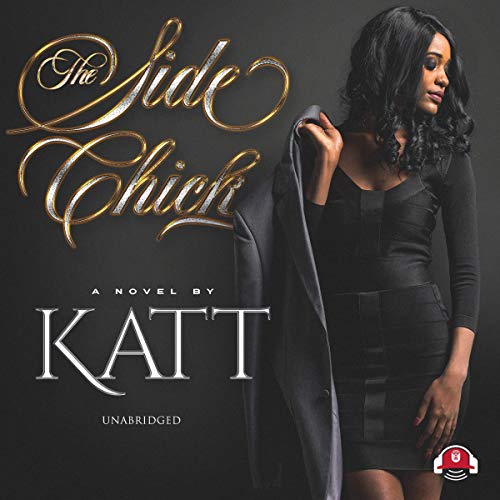 By: Katt
Narrated by: Mishi LaChappelle
Try for £0.00

Charles and Mary Bivens have been married for more than 20 years, but after one miscarriage and two children, they are starting to question their union. Their eldest child is out of the house, their youngest is entering his senior year in high school, and the onset of the empty nest is starting to sink in for the both of them.

Mary, feeling the tension, has decided to start getting massages to find release. Recognizing that her husband may have a need for the same, she suggests that he try it too. Charles, also feeling stressed from work and home life, has been getting his relief in a very different place. He has been utilizing strip clubs and hoes, but he knows that it won't help his marriage at all, so now he takes his wife's advice and goes to get a massage instead.

Enter Mahogany, a curvaceous, ebony brown-skinned, thick-in-the-right places masseuse. She has such strong sex appeal that men and women find themselves attracted to her. Mahogany has history with both Charles and Mary. It was a fleeting and fast relationship with each of them individually, but they had put that behind them. Now that she has reentered their lives, she wants to become the side chick to both of them. Will Mahogany's presence enhance or destroy this union?

What listeners say about The Side Chick

what a rollercoaster ride

This book has more twists and turns changes and turn around a than the cyclone at coney Island
Oh and as for the reader She deserves a standing ovation for giving each character personality!

I had to force myself to finish the book. I was bored. I wouldn't recommend it.

Reading some of the reviews I almost bypassed this book, so glad that I didn't. Decent read in my opinion. The message of what some women will do and accept for the sake of what they deem to be love; or just to appear to have a man, was loud and clear.

Pretty boring and I i tried to skip pased the very detailed sex scenes but realized that some are almost the whole chapter long. There are too many graphic sex scenes and very litle substance. I'm glad i didn't buy the book.

It was the The twist at the end for me!

I love the narrator, she’s one of my favorites. The book was also extremely enjoyable. Not the ending that I expected but still satisfying enough. I won’t ruin it for anyone like most people do in reviews. Reviews that I refuse to read until after the book. There’s no spoiler here, you will have to read, well technically “listen” to this good book for yourself. Peace!

It was good “but”

The story was a great story, but the ending was horrible. It was like the writer couldn’t think if anything else do they just stopped and said the end.

confused good book but confused me

I wish that I would’ve like it. I just thought that it was kind of all over the place. The narrator did a great job. But I just didn’t think that the story was all that interesting.

I liked how the author allowed the readers to hear each character POV! I’m not going to spoil it, but just know it’s a good book. I’m satisfied with the ending. A book two isn’t necessarily because we understand what took place in the end.