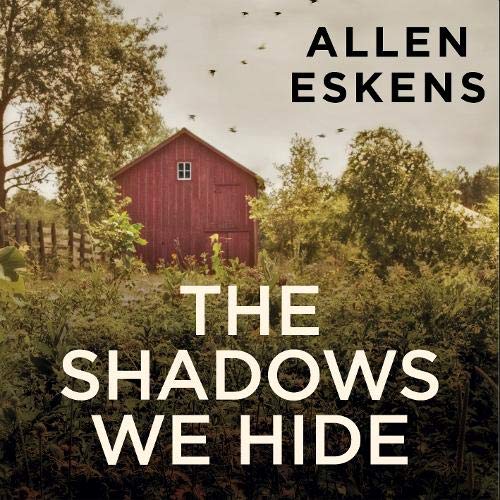 The Shadows We Hide

By: Allen Eskens
Narrated by: Zach Villa
Try for £0.00

A young reporter must come to terms with his past - and present - while investigating the murder of a man he believes could be his father.

Joe Talbert, Jr. has never once met his namesake. Now out of college, a cub reporter for the Associated Press in Minneapolis, he stumbles across a story describing the murder of a man named Joseph Talbert in a small town in southern Minnesota.

Full of curiosity about whether this man might be his father, Joe is shocked to find that none of the town's residents have much to say about the dead man - other than that his death was long overdue. Joe discovers that the dead man was a loathsome lowlife who cheated his neighbors, threatened his daughter, and squandered his wife's inheritance after she, too, passed away - an inheritance that may now be Joe's.

Mired in uncertainty and plagued by his own devastated relationship with his mother, who is seeking get back into her son's life, Joe must put together the missing pieces of his family history - before his quest for discovery threatens to put him in a grave of his own.

What listeners say about The Shadows We Hide

I have listened to The Life We Bury and other Allen Eskens books and enjoyed them but this book was just a bit too unbelievable to be real. This book had so many twists and turns, many of which seemed to be really unbelievable, I had quite a few roll your eyes moments. However, the writing overall comes across as very emotionally honest; how real people would react and what real people would say during taxing situations. However, my three and a half star review takes into consideration the non-believable improper police procedures that frequently occur and the story's implausible final pages.

Zach Villa was outstanding with the delivery of the story

Good closure for the first book

This book probably does not stand by itself as mostly it serves the purpose of giving fans of the first one a decent,happy closure.

I deducted one star because some of the twists are a little bit thin, it seems to me that the author tried to tie up all the loose ends but could not find something solid so settled for something not really realistic with no previous setup.

Also, because this book is all about redemptions, I took away another star because there is no redemption for another main character, whom I thought should not be a complete “lost cause” if the author was keeping up with the theme of the book.

However despite what has been said, love this one and the previous one. Will seek out other novels of this author.

This is another well-woven story by Allen Eskens. The plot and characters are very well developed, an excellent performance by the narrator. All in all, a thoroughly enjoyable tale.